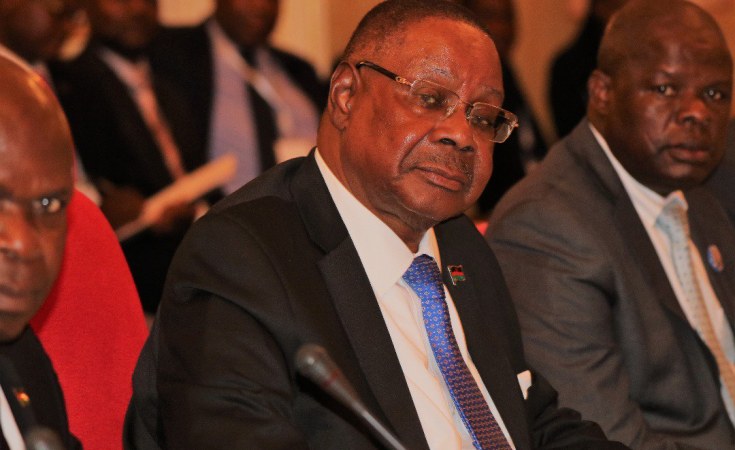 President Peter Mutharika says he could only meet opposition leaders for talks to end the current political impasse if they set an agenda for such a meeting.

Speaking in an interview with the BBC, Mutharika said it was possible to meet the opposition leaders; Malawi Congress Party (MCP) president Lazarus Chakwera and UTM leader Saulos Chilima who are challenging in court the May 21 presidential polls.

"We will have to see the agenda. They will have to come up with an agenda then we will see what to do," said Mutharika.

He said he was equally concerned with the ongoing anti-Jane Ansah protests which he said has seriously injured over 500 people.

On a second thought, however, Mutharika said it would be imperative to wait for the court verdict before substantive unity talks can begin.

"We can wait for the court ruling, it will not be long," he said.

HRDC, on the other hand, is demanding that MEC chairperson Jane Ansah, who is also a judge of the Malawi Supreme Court of Appeal, should resign for allegedly mismanaging the elections.

Mutharika Okays Right to Protest in Malawi
Tagged:
Copyright © 2019 Nyasa Times. All rights reserved. Distributed by AllAfrica Global Media (allAfrica.com). To contact the copyright holder directly for corrections — or for permission to republish or make other authorized use of this material, click here.