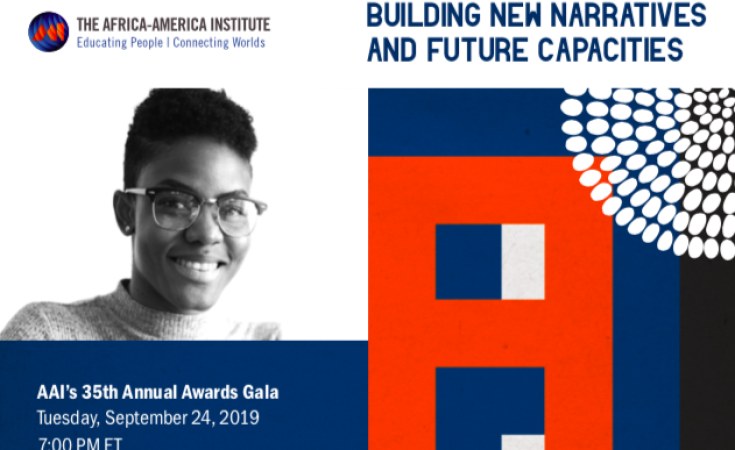 SINCE 1984, the AAI Annual Awards Gala has been the most anticipated African-centered event in New York City. Held annually during the United Nations General Assembly, the AAI Gala convenes dignitaries—Heads of State, Diplomats, domestic and international government officials—philanthropists, business leaders, journalists, scholars, and other prominent figures for a night highlighting African success and enlightened engagement between Africa and America.

THE LEADERSHIP IN ARTS AND CULTURE AWARD - presented to The Boy Who Harnessed the Wind Accepted by William Kamkwamba, Author.

For tickets, sponsorships or additional information, please contact our benefit office: +1.212.600.0324 or hello@glowglobalevents.com

Tagged:
Copyright © 2019 Africa-America Institute. All rights reserved. Distributed by AllAfrica Global Media (allAfrica.com). To contact the copyright holder directly for corrections — or for permission to republish or make other authorized use of this material, click here.