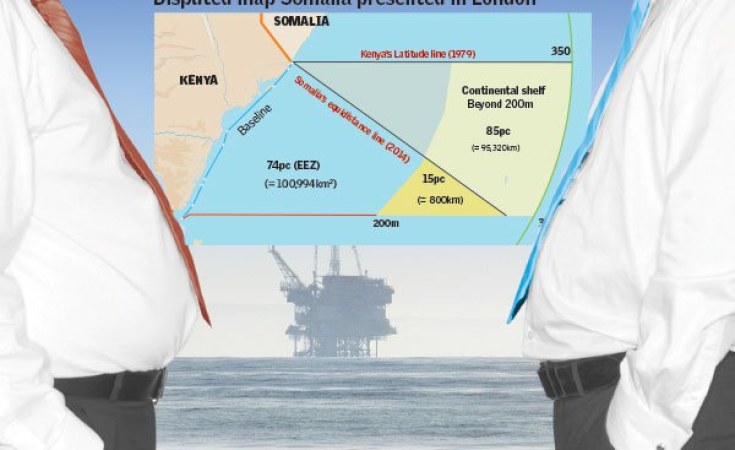 Kenya said Tuesday that it wamts the International Court of Justice to delay the public hearing of the Somali maritime dispute to allow for recruitment of a new defence team.

Attorney-General Kihara Kariuki's office said it had formally requested the UN court based at The Hague in the Netherlands to allow time for hiring of new lawyers. The office declined to comment on the status of the initial legal team.

The case has been scheduled for hearing next week on September 9 through 13, after which the 15-bench court led by Somali judge Abdulqawi Ahmed Yusuf will to deliver a verdict by September 19.

If Kenya's request is granted, however, the court may reschedule the public hearing.

"Due to exceptional circumstances, occasioned by the need to recruit a new defence team, Kenya has sought to have the matter postponed," Mr Kariuki's office also known as the State Law Office said on Tuesday.

"The Rules of the Court allows for postponement of the hearing of the case to afford the parties an opportunity to be represented."

Under Article 54 of the Rules of the Court, parties to a case may request the bench to alter the date fixed by the Court, "should occasion arise" to either delay the public oral sessions or stop those already going on until a later date.

Usually such a request will also require the say of the other party, which in this case is Somalia.

Somalia sued Kenya at the ICJ, the UN's principle Court, seeking to change the flow of the maritime boundary from the current eastwards direction from the land border at Kiunga, to a diagonal flow, threating Kenya's sea stake.

In the preliminary round in which Kenya lost its objection to the Court's jurisdiction, a team of foreign lawyers hired by then Attorney General Githu Muigai. They included Prof Payam Akhavan from the US, Prof Vaughan Lowe QC from the UK, Prof Alan Boyle (British), Prof Mathias Forteau (French), Mr Karim Khan (British) and Ms Amy Sanders (British).

Mr Khan, had been on Kenya's cases at the International Criminal Court (itself not a UN Court), representing former Head of Civil Service Francis Muthaura at The Hague over the 2007 post-election violence. He later acted for Deputy President William Ruto, after Muthaura's case was dropped. Dr Ruto's case was also dropped for lack of sufficient evidence.

The case, whose verdict is binding on both Kenya and Somalia, was approaching amid rising tensions between Mogadishu and Kenya. Recently, Somalia rejected Nairobi's latest attempt to have the case solved out of court, through the African Union, arguing the ICJ could not resolve the political issues surrounding the maritime boundary.

On June 28, a group of 20 petitioners moved to the Kenyan High Court, seeking to stop the state from taking part in the case, arguing the contest over an area of 100,000km2, threatened to alter the national boundaries, which argue was illegal.

Last month, the National Assembly Majority Leader Aden Duale introduced a motion, which if approved could mean Kenya could deploy its navy near the disputed area.

The two countries have also recently imposed tougher immigration or air navigation controls on one another.

We Agreed to Restore Good Relations with Kenya - Somali President
Tagged:
Copyright © 2019 The Nation. All rights reserved. Distributed by AllAfrica Global Media (allAfrica.com). To contact the copyright holder directly for corrections — or for permission to republish or make other authorized use of this material, click here.