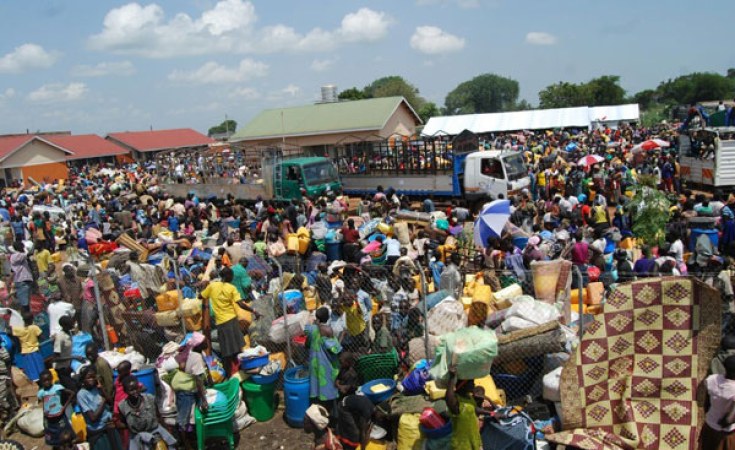 Uganda has been called "a country of open-door policy for refugees" and remains the largest refugee-hosting country in Africa, with at least 1.3 million refugees.

The country's leadership that for years welcomed refugees in record numbers and espoused Pan-African spirit has changed its stance, citing wrong elements who have abused the country's hospitality with impunity.

Majority of them are from South Sudan, Somalia, Burundi, the DR Congo and Rwanda.

While inaugurating the new members of Refugee Appeals Board at the Office of Prime Minister yesterday, the Minister for Relief, Disaster Preparedness and Refugees, Mr Hillary Onek, announced the end of blanket refugee status in Uganda, citing security reasons.

"We have withdrawn the blanket refugee status to people who are coming to our country because of infiltration of wrong elements through that channel of [open-door policy]" Mr Onek said.

"We realised that a number of criminals found their ways in [into the country]," he added.

The minister reiterated that Uganda will not offer any blanket refugee status to all asylum seekers in the country, citing security threats from "enemy countries."

The minister did not name the enemy countries but sent out a clear message to those intending to come to Uganda as asylum seekers that it is no longer business as usual.

Asked whether the new move won't contradict Uganda's open- door policy for refugees, the minister in no uncertain terms made it clear that Uganda welcomes [genuine] refugees from different countries.

"Open-door policy doesn't mean that you open the door for anything, it is only for refugees. If you are not a genuine refugee and you are a criminal, our doors are not open [for you]," Mr Onek explained.

Mr Onek also said in the past, there were cases where countries trained their security personnel to trail high-profile refugees into Uganda and either murder or abduct them.

"Some of them are sent by their countries to look for the high-profile refugees. Now those states organise security personnel and train them very well and make sure that they appear like Ugandans and where they cannot enter the country through that channel, they make them come as refugees.

When they enter here, you find them eliminating fellow refugees who are high profile," Mr Onek said.

Without giving specifics because of security reasons, Mr Onek said "these groups do not only pose danger to their citizens, but also citizens of Uganda."

He added: "Those are the more dangerous ones and they can also be a threat to our citizens. And if you reject their coming, you could also become a target because you are a political threat to them. That's why some of our colleagues fear going to some countries."

The minister's statement, however, seems to contradict Gen Moses Ali's remarks during the celebrations of the World Refugee Day held in Bidibidi Refugee Camp in Yumbe District on June 20.

The First Deputy Premier had assured refugees and the rest of the world that "Uganda will maintain its 'open door policy' for refugees as a way of commitment to humanitarian and peaceful living across the globe".

Mr Onek also revealed that his ministry has banned issuing refugee status to Pakistan nationals who come and pose as refugees and yet they are economic migrants, saying such cases should be handled by the immigration department.

"Recently, my colleague and I ordered that no Pakistani should be given a refugee status and now I am getting a lot of attacks with some people saying there is some religious persecution. If there is religious persecution, why don't you just run across the border instead of flying into Uganda?" Mr Onek asked.

He wondered how people who claim political persecutions back home would be able to comfortably board a plane to travel all the way to Uganda, knowing very well that security at airports before boarding a plane is very tight.

"If you are running for your life, do you enter a plane? They will catch you because in plane they check every one critically to know who is leaving the country. But these fellows board planes, they are comfortable and when they reach here, they say they are refugees," he added. 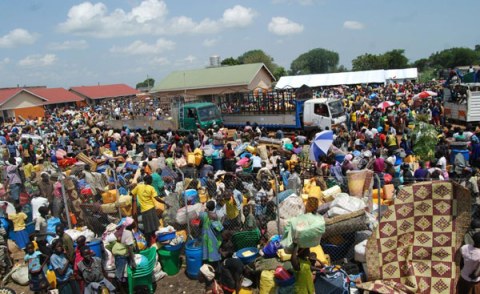 Families Headed by Refugee Children Too Common in Uganda Camps
Tagged:
Copyright © 2019 The Monitor. All rights reserved. Distributed by AllAfrica Global Media (allAfrica.com). To contact the copyright holder directly for corrections — or for permission to republish or make other authorized use of this material, click here.