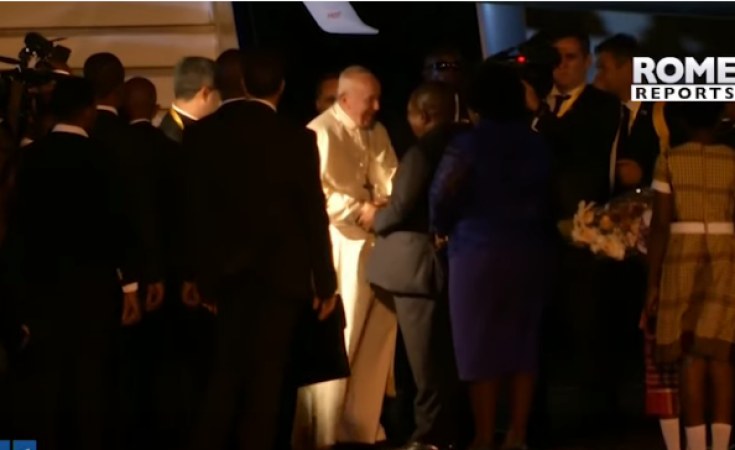 Pope Francis is set to visit the cyclone-vulnerable nations of Mozambique, Madagascar and Mauritius this week. Climate change, corruption and poverty will be on the agenda in talks with leaders.

Pope Francis touched down in Mozambique on Wednesday evening, the first stop on a tour of three African countries severely impacted by climate change. Environmental stewardship, poverty and corruption will be high on the pope's agenda for the trip.

Mozambique's president, Filipe Nyusi, high-ranking officials, church representatives and crowds of spectators greeted the head of the Catholic Church at the Maputo airport.

To welcome the 82-year-old pontiff after his 10-hour flight from Rome, a military band played music and dancers greeted Francis. As he disembarked the plane, the pope said he hoped the trip would bear "good fruit."

After spending two days in Mozambique, during which he'll engage in talks about peace with Mozambican leaders, the pope will visit Madagascar and Mauritius.

Fears of violence ahead of elections

Some 28% of Mozambique's 30 million-strong population is Catholic. The former Portuguese colony is afflicted by sporadic outbursts of violence between the Nyusi's ruling party, Felimo, and the main opposition party, the former rebel group Renamo.

The two groups were embroiled in a 15-year-civil war that ended in 1992. However, a ceasefire was only signed last month.

The southern African nation is set to hold elections on October 15 amid growing fears of renewed violence.

"It's a blessing that the pope is coming at this point in time," 44-year-old Catholic Telma Mabjaia told said after Sunday Mass in Maputo. "He will bring a message of peace, that we must end the war."

The pope has made environmental stewardship and highlighting the threats and associated dangers of climate change a key issue during his papacy.

Parts of Mozambique were devastated by cyclones Idai and Kenneth earlier this year. Pope Francis' next stop, Madagascar, suffers an average of three cyclones per year, exacerbated by soil erosion and deforestation, while Mauritius is dealing with cyclones and rising sea levels.

Francis published a papal address on climate change in 2015 and earlier this summer said the Church was "fully committed to do its part" to halt climate change. Earlier this year, Pope Francis met Swedish teenage Greta Thunberg to encourage her climate activism.

Pope Offers Message of Peace to Fragile Mozambique During Visit 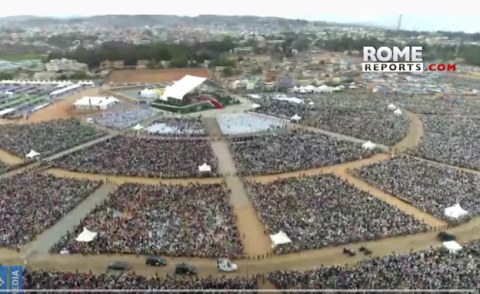 Pope Says Mass for One Million People in Madagascar
Tagged:
Copyright © 2019 Deutsche Welle. All rights reserved. Distributed by AllAfrica Global Media (allAfrica.com). To contact the copyright holder directly for corrections — or for permission to republish or make other authorized use of this material, click here.