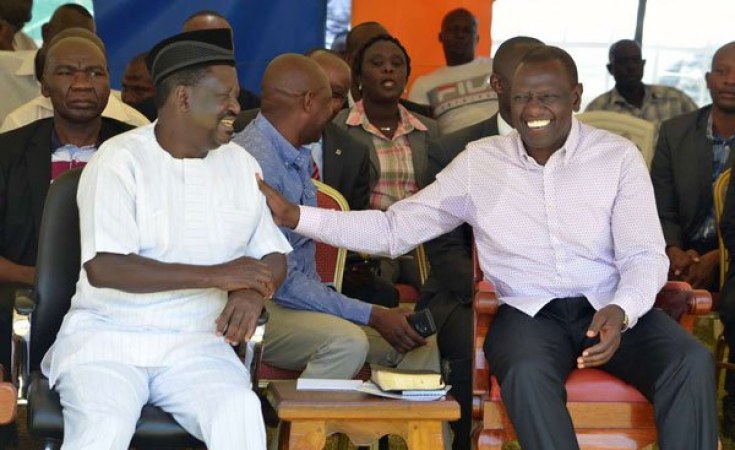 The initiative seeks to lobby for more resources to be sent to counties.

CoG Chair Wycliffe Oparanya said Wednesday county governments are grinding to a halt because the law as is has brought a stalemate between the National Assembly and the Senate, thereby paralysing services in the devolved units.

"We're calling for a referendum because we want more resources to be channelled to counties. At the moment, our focus is to ensure devolution is strengthened so that ordinary Kenyans can benefit from improved services," he said.

The CoG boss said governors will decide whether to support the BBI on the referendum if they give priority to strengthening devolution.

In his off-the-cuff speech at Mabomani grounds in Mumias, Mr Oparanya said county governments could no longer sustain operations.

"We have no money to pay workers and sustain other key services, including provision of health services in hospitals. We're preparing to shut down our operations by mid this month because there is no money in the counties," Mr Oparanya said. The Kakamega governor spoke even as the National Assembly indicated it will not break from its month-long holiday to address the stalemate over the Division of Revenue Bill, 2019 despite a plea by President Uhuru Kenyatta and a legal advisory from Attorney-General Kariuki Kihara for them to do so.

But last Friday, Homa Bay Town MP Peter Kaluma, a member of the Justice, Legal Affairs Committee, asked governors who are not able to run their counties due to the re stalemate over revenue allocation to write to the Controller of Budget to release 15 per cent of the national revenue to manage operations in the devolved units.

Members of the parliamentary departmental committee pointed out that the Parliament will not approve the proposed Sh335 billion to counties because there is no money in the National Treasury.

"In the last audited account, the government realised only Sh1.5 trillion in its revenue collection. This amount is not enough to repay the country's annual debt burden of Sh800 billion and give Sh335 billions to the counties from the remaining Sh700 billion; and expect it to run the national government. Let the governors accept this reality and move on with what is available," said Mr Kaluma.