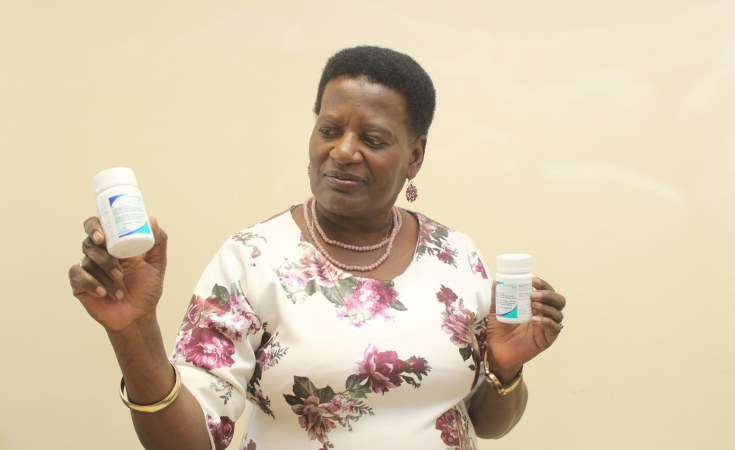 Windhoek — The Ministry of Health and Social Services (MoHSS) will introduce a more effective HIV medicine called dolutegravir, as from October.

Dolutegravir is also known as DTG.

The drug has fewer side effects than alternative drugs that are currently used and has high genetic barrier to developing resistance. Currently, Namibia has over 200 000 people living with HIV, the virus that leads to AIDS.

MoHSS Senior Medical Advisor for HIV and TB Dr Ndapewa Hamunime explained that DTG is highly effective and takes less time for someone who is using it to achieve viral load suppression.

"(With) other medicines, we expected them to have a viral load suppression between six to 12 months. This one (DTG) takes one or two months and viral load will be fully suppressed, hence it is highly effective," she said.

She added that DTG has a high genetic barrier meaning it does not confer resistance easily and it is well tolerated.

She said the medicine is used in Europe, United States of America and neighbouring countries such as Zambia, Bostwana, South Africa and Zimbabwe.

Hamunime was speaking at the launch of the 6th national guidelines for antiretroviral therapy plus the paediatric and adolescents ART package yesterday in Windhoek.

"We are going to include dolutegravir in our regimen from the 1st of October. We are going to reorganise ourselves and throughout September and come October people will be getting the new drug regimen, which include dolutegravir so that we offer the best which is available for Namibian people taking ART medicine. In future we will use TAF in the regimen but it is not here," further stated Hamunime.

When asked about the change to DTG, Hamunime explained that they have been changing medicine constantly. "It does not depend on timeframe or years. It depends entirely on new scientific evidence. If today after this launch, there is new scientific, compelling evidence even to say stop this, tomorrow we will get to the newer one, it depends on evidence or even programmatic; let's say if we find from the field that people are reacting badly to this, we will change. It depends on what is coming from science and the field," Hamunime said in a sidelines interview.

Speaking at the same occasion U.S. Ambassador to Namibia Lisa Johnson also said dolutegravir has significant advantages over previously used regimens, including less side effects and faster time to full viral suppression which better prevents the spread of HIV infections.

She said the U.S. government fully supports Namibia's decision to transition to dolutegravir as the first line ART regimen for all eligible populations.

"I am pleased to announce that the U.S. government, through PEPFAR is procuring 95 000 one-month bottles of a combination known as TLD, which include dolutegravir, and of dolutegravir alone, in order to ensure the ministry has stock available immediately. Some of this consignment has already arrived and the rest will be arriving in the coming months," she remarked.

She said transition to these medications is planned to start in October, allowing this next month to be focused on training and orientation of the new guidelines.

Health Minister Dr Kalumbi Shangula added that in order to attain the goal of controlling the HIV epidemic by 2030, the ministry developed antiretroviral treatment guidelines that are reviewed and updated from time to time whenever new scientific evidence emerges or new WHO guidance becomes available that will ensure quality of treatment, care and support for people living with HIV.

He said major changes to these guidelines include the use of newer medicine that are more effective and have better safety profile and the importance of linking patients to post-test HIV services.

Battling HIV and Aids Through a Community-Led Approach
Tagged:
Copyright © 2019 New Era. All rights reserved. Distributed by AllAfrica Global Media (allAfrica.com). To contact the copyright holder directly for corrections — or for permission to republish or make other authorized use of this material, click here.