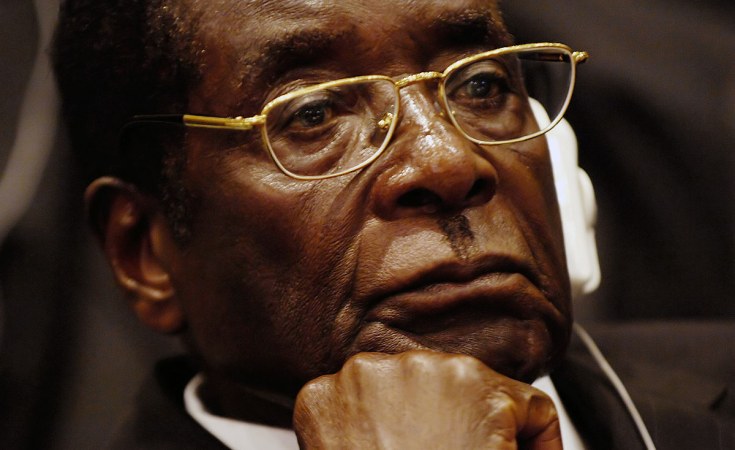 Tech. Sgt. Jeremy Lock (USAF)/Wikimedia Commons
Robert Mugabe at the opening ceremony of the 10th Ordinary Session of the Assembly during the African Union Summit in Addis Ababa, Ethiopia in January 2008.
allAfrica.com

Former Zimbabwean president Robert Mugabe has died. He was 95.

President Emmerson Mnangagwa has posted on Twitter: "It is with the utmost sadness that I announce the passing on of Zimbabwe's founding father and former President, Cde Robert Mugabe".

A second tweet in the thread says: "Cde Mugabe was an icon of liberation, a pan-Africanist who dedicated his life to the emancipation and empowerment of his people. His contribution to the history of our nation and continent will never be forgotten. May his soul rest in eternal peace".

The former president's death is also being reported on the Al Jazeera news network, and on the ZimLive blog, which is reporting that he died in a Singapore hospital, surrounded by his family including his wife Grace.

Robert Mugabe - As Divisive in Death As He Was in Life