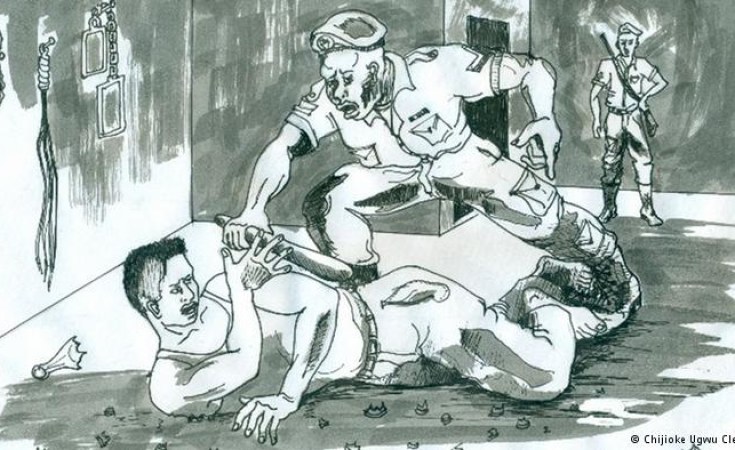 On August 30, federal authorities in southern Nigeria's Cross River state charged Jalingo, the publisher of the privately owned news website CrossRiverWatch, with disturbance of public peace and treason for his writings and social media posts about Cross River Governor Benedict Ayade, according to a copy of the charge sheet reviewed by CPJ and Attah Ochinke, the journalist's lawyer, who spoke to CPJ by phone.

If found guilty, Jalingo could face up to three years in prison for the disturbance charge and up to life in prison for treason, according to the Nigerian criminal code. Police arrested Jalingo in Lagos on August 22, as CPJ reported at the time.

"Authorities in Nigeria should release CrossRiverWatch publisher Agba Jalingo and drop the ridiculous charges against him," said Angela Quintal, CPJ's Africa program coordinator, in New York. "To equate published criticism of the government with treason is outrageous."

According to the charge sheet, the disturbance charges stem from a July 12 CrossRiverWatch article that alleged corruption involving Ayade and the Cross River Micro Finance Bank. The treason charges allege that Jalingo agitated for Ayade's removal through "various malicious publications" on CrossRiverWatch and social media.

The July 12 article contains an editorial note identifying Jalingo as the Cross River state chairman of the African Action Congress party, founded by Omoyele Sowore, owner of the Sahara Reporters news website. Police arrested Sowore on August 3 for allegedly planning protests throughout Nigeria, as CPJ reported at the time, and he remains in jail, according to news reports.

Authorities also charged Jalingo with two counts of terrorism, stemming from Jalingo's alleged plans to work with Sowore, "cult members," and a local prince to "commit acts of terrorism" to unseat Ayade, according to the charge sheet.

CPJ's calls and text messages to Mohammed Etsu, the director of public prosecution at the Federal Ministry of Justice, whose office directed the filing of the charges against Jalingo, went unanswered. Christian Ita, Ayade's spokesperson, did not respond to calls from CPJ. Previously, in a phone conversation with CPJ, Ita denied Ayade's involvement in Jalingo's arrest.

Godwin Akwaji, a member of the board of the Microfinance Bank, told CPJ at the time of Jalingo's arrest that he was not in a position to speak about Jalingo's report alleging corruption involving Ayade and the bank.

On August 27, in response to his arrest and ongoing detention, Jalingo sued the Nigerian police, seeking damages of 150 million naira ($414,364), citing wrongful imprisonment and mistreatment, and demanding his immediate release, according to court documents seen by CPJ.

Tagged:
Copyright © 2019 Committee to Protect Journalists. All rights reserved. Distributed by AllAfrica Global Media (allAfrica.com). To contact the copyright holder directly for corrections — or for permission to republish or make other authorized use of this material, click here.