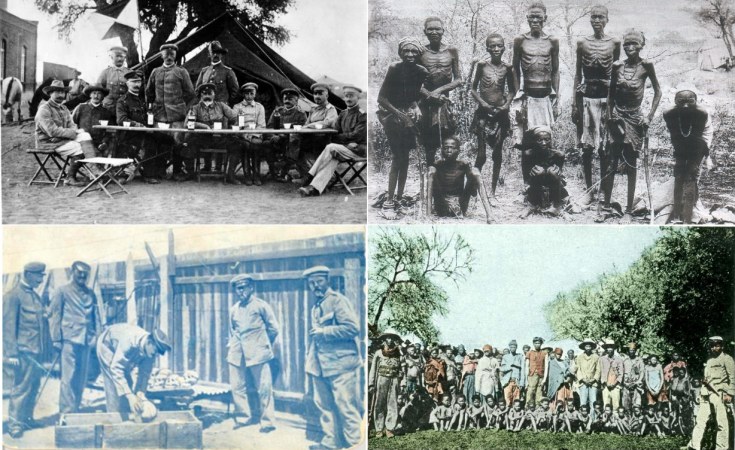 GENOCIDE reparation negotiations between the German and Namibian governments could soon be finalised, a visiting German minister has said.

Economic cooperation and development minister Gerd Müller said this during a visit to Namibia last week.

Namibia's special envoy on genocide negotiations, Zed Ngavirue, said they are waiting for Germany to make up its mind on the financial aspect of the reparations.

This comes after extensive back and forth meetings between the two governments' special envoys, Ruprecht Polenz and Ngavirue, who were appointed in 2014.

The negotiations are moving forward, despite calls by factions of the Ovaherero and Nama for both governments to allow them to participate at the negotiating table so that they are not excluded from a decision to be taken by both governments.

This has not happened, as other factions of both Nama and Ovaherero communities are working with the Namibian government as part of a technical committee on the subject.

Colonial Germany was responsible for the genocide of 1904-08, during which thousands of Ovaherero and Nama were butchered, and their land and belongings destroyed or confiscated. Some of the community members fled to neighbouring countries like Botswana, where some still live up to today.

Ngavirue yesterday said Germany has no problem apologising for the genocide, but the financial aspect of negotiations still has to be concluded.

The diplomat said he cannot set a date when the negotiations would end as it all depends on Germany.

However, Müller said they hope to conclude the negotiations by the time national elections are held in Namibia, as they also want to move on.

"The negotiations between the two governments have made great process, and in the meantime, we have agreed on a text which will be to put to the vote of the German government and then parliament," he said.

Müller said they hope to get the negotiations on genocide reparations ended this year.

"What still remains open is the financial chapter of the negotiations. That is the aspect I [addressed] with your finance minister, but that is an aspect that is being dealt with by the negotiating delegation under (Namibia)'s foreign ministry.

"The aim is to come to a conclusion with the process of negotiations after the elections in your country because we want to look to the future, but it does not mean we want to forget the past, we want to move forward in a partnership," he added.

Müller described meeting with the group as something that was done in a spirit of friendship.

"It was a meeting held in a spirit of friendship, and it is clear that the crimes and atrocities committed during 1904-08 have to be referred to as genocide, and it is a term we use.

"We, Germans, are acknowledging the responsibility, and are taking this responsibility, and of course this will have to mean there will be an official apology. But an apology alone is not enough, although it is a point that remains open," said the minister.

According to him, there are four priority areas they are working on for development cooperation, and one such area is vocational training for young Namibians.

He said the youth should have access to vocational training centres in addition to school, and in this light, Germany plans to double the number of vocational centres in the near future.

Secondly, a new exchange programme will be started in 2020 for vocational training of up to 200 young people.

The third priority area is bio-energy, and programmes have been started in this area, while the last area of focus will be on health.

Namibia has been Germany's biggest recipient of development aid since 1990, with over N$1,2 billion having been invested in various projects and programmes across the country.

Muller said he wants to restructure development cooperation to focus more on the genocide-affected communities.

"I was surprised and almost shocked myself when I announced that I intend to restructure our development cooperation after so many years and such profound investments - I want to see greater success in fighting poverty - and we want to do more in your country, especially in the rural areas. We want to create a new focus on the Herero and Nama community areas, working on projects there," he continued.

The Ovaherero Traditional Authority's secretary general, Mutjinde Katjiua, and Sima Luipert, secretary of the Nama Traditional Leaders Association, said they had not been invited to the meeting with the German minister.

The Nama Traditional Leaders Association's chairperson, chief Petrus Simon Moses Kooper, and chief Johannes Isaack confirmed in a statement issued on Tuesday that they had received informal phone calls, asking them if they wanted to meet Müller.

"We clearly requested the messengers of the Namibian government to write an official invitation to the Nama Traditional Leaders Association," read the statement.

It further stated that they had never received the official invitation in the end and concluded that this then meant the German minister did not meet any representatives of the Nama community.

"What we know is whoever he met does not represent the interest of the people of the great Namaland," they concluded.

Geingob Says Germany Ready to Apologize for Genocide - But When?
Tagged:
Copyright © 2019 The Namibian. All rights reserved. Distributed by AllAfrica Global Media (allAfrica.com). To contact the copyright holder directly for corrections — or for permission to republish or make other authorized use of this material, click here.

War of Words Over Massacre in Ethiopia's Holy City
Company