Uganda: Tax Deal Keeps Uganda Oil On Ice for a While 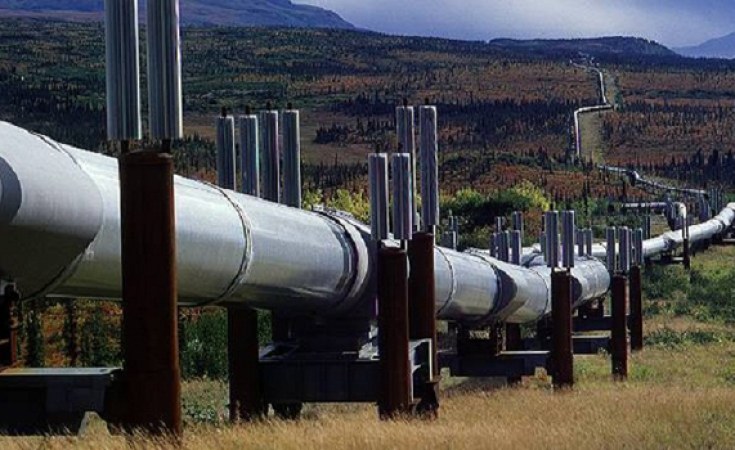 Ugandans' wait to join the league of oil exporting countries looks set to last longer after plans to build a pipeline to Tanzania's coast suffered a double blow this week.

French firm Total E & P announced on Wednesday it was suspending all work related to the building of the East African Crude Oil Pipeline (EACOP), days after British firm Tullow had announced a collapse of negotiations for sale of some of some of its shares to Total and the Chinese National Offshore Oil Company (CNOOC).

Negotiations on the establishment of the EACOP had reached advanced stages, but a failed sale between Tullow Oil and joint venture partners Total E & P and CNOOC caused a setback, because Uganda's oil projects are integrated.

Uganda government officials, however, put on a brave face, arguing it is still possible to salvage the deal and remain within the set timelines for delivery of first oil. "It is just a question of aligning a few issues," says Peter Mulisa of Uganda National Oil Company.

"We do not see how this will derail the plans, the Sale Purchase Agreement is there, Tullow is still willing to sell its stake and Total and CNOOC still want to buy," he said.

The companies own equal shares of 33.3 per cent.

President Yoweri Museveni on Friday said the project would be implemented as planned, adding that the issue was under the government of Uganda's control.

The latest development is expected to affect debt financing for the pipeline amounting to approximately $2.5 billion currently being arranged by Stanbic Bank Uganda and Sumitomo Mitsui. Other local and international investors have been affected as Total notified contractors of this move.

In a statement released Friday, the managing director of Tanzania Petroleum Development Corporation, James Mataragio, also avowed that the EACOP project was still on course despite the stalemate between the main investors.

"These challenges are normal for such large-scale strategic projects. Discussions are in progress between all the stakeholders and we expect them to reach an agreement that will allow the project to proceed as planned," Dr Mataragio said.

EACOP is a 1,445km export pipeline that will transport Uganda's crude oil from Kabaale, north-west of Kampala to Chongoleani peninsula, near Tanga port in Tanzania. The 24-inch diameter pipeline will export at a flow rate of 216,000 barrels of crude daily.

Tanzania hosts up to 80 per cent of the infrastructure and therefore, employs the biggest number of contractors.

Tanzania Petroleum Development Corporation are the main supervisors of the EACOP project on the Tanzanian side. According to the basic memorandum of understanding, the pipeline will be constructed and operated through a company with shareholding from TPDC, the Uganda National Oil Company (also state-owned), and all three main investors -- Total, Tullow and CNOOC.

On August 29, Tullow announced termination of the Sale and Purchase Agreement when it failed to secure an extension because the parties failed to agree with the government of Uganda over all aspects of Capital Gains Tax. Concluding tax negotiations was a precondition to sealing the farm down agreement.

On August 29, Tullow announced that it terminated the Sale and Purchase Agreement when it failed to secure the extension because the parties failed to reach an agreement with the government of Uganda over all aspects of Capital Gains Tax. Concluding tax negotiations was a precondition to sealing the farm down agreement.

"The sale of Tullow's shares was critical in determining the shareholding in the EACOP. With the termination of the Sale and Purchase Agreement, it is now unclear what shareholdings and shareholders will look like," said a source who preferred not to be named.

It was expected that Tanzania, Uganda and the three joint venture partners would reach agreements that provide a legal basis for governance of EACOP, and shareholding of each partner. Uganda, through the National Oil Company confirmed taking 15 per cent shares in EACOP, while Tanzania said it will take 5 per cent.

Tullow's stake is 10 per cent while the remaining shares were to be shared between CNOOC and Total equally.

In addition to the main pipeline, Total, which has been bearing all the costs related to the establishment of the pipeline, has also halted works on feeder pipelines. The feeder pipelines are expected to transport crude from the field to the central processing facility.

The pipeline's projected completion date was 2020, but current events makes it unclear as to when it will be completed. Sources said technocrats are awaiting directives from a side-line meeting between Presidents Museveni and John Magufuli of Tanzania.

While experts agree it is OK to bargain for one's business interests, they argue, current stalemate, though common in the industry, serves to ruin all gains made if parties do not relax their positions and engage in fresh negotiations.

"The stringent conditions that the government is giving could make our oil too expensive. I think this could be part of their negotiations to relax conditionality being set," said Shem Byakutaga, an oil and gas legal expert at Lantern Consult International.

Mr Byakutaga explained that already the cost of production will be higher as negotiations go drag on, which is unfavourable to Uganda.

Tanzania-Uganda Pipeline Deadlock Very Disruptive - Chinese Firm
Tagged:
Copyright © 2019 The East African. All rights reserved. Distributed by AllAfrica Global Media (allAfrica.com). To contact the copyright holder directly for corrections — or for permission to republish or make other authorized use of this material, click here.