Zimbabwe: Mugabe - a Product of a Vicious System 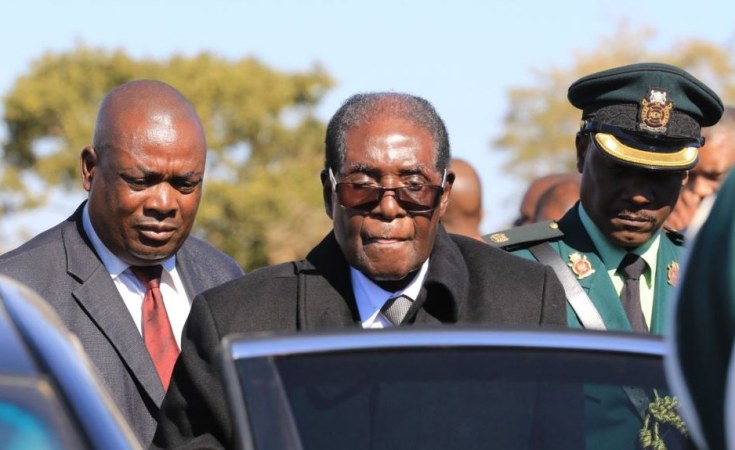 The death of former President Robert Mugabe at a hospital in Singapore on Thursday September 6, 2019 rang memory bells about the hush-hush, but spirited conversations that Zanu PF comrades used to have about this day, during the 2013 election campaign in which his advanced age and mortality were campaign issues.

In one such conversation, General Constantino Chiwenga was adamant that calls, which were then spreading and getting louder, for Mugabe to name a successor and retire were misguided because "as a founding leader Mugabe was entitled to die in office like his departed co-founders Joshua Nkomo, Simon Muzenda and Joseph Msika, who had died in office with the dignity of the office befitting a founding leader".

This view became the Chiwenga gospel.

None of the comrades imagined a situation in which some day there would be media reports that "former President Robert Mugabe" has died out of office.

This possibility was taken as an unacceptable indignity to be avoided at all cost.

Mugabe died not only out of office, but also out of the country with the attendant indignity in Singapore where, despite government claims that he was being accorded State facilitation and assistance, his regular mode of transport there was uber taxis, as he had to make do with very little.

It remains a known unknown why Emmerson Mnangagwa's cabal that deposed Mugabe in a military coup on November 15, 2017, while claiming not to be targeting him, but alleged criminals surrounding him, tormented and subjected the former president to inexplicable hardships.

Meanwhile, a debate is raging about Mugabe's legacy.

The debate has taken centre stage ahead of Mugabe's burial, which is all but certain to be at the national Heroes Acre, after the denial by key family members of initial media reports that Mugabe made a dying declaration to be buried at his ancestral home in Zvimba; because he did not want his tormentors who deposed him in a military coup to pontificate over his body at the national shrine in Harare.

The legacy of founding leaders in historically divided societies or in countries founded after an armed struggle or war, such as Zimbabwe, is invariably mixed.

George Washington and Thomas Jefferson, who are among America's highly regarded founding leaders, were slave owners and slave traders.

Yet African Americans, the victims of the slave trade in the United States, generally acknowledge Washington and Jefferson as American heroes.

The world media loves Jefferson for his oft-quoted 1787 line that "it is better to have newspapers without government, than to have government without newspapers".

Mugabe's critics allege that his legacy is of a liberator-turned-tyrant.

While crediting him with leading a successful liberation struggle to the exclusion of other founding nationalist leaders who played pivotal roles such as Joshua Nkomo, Ndabaningi Sithole and Herbert Chitepo, critics of Mugabe's legacy say that he had an exemplary start at Independence and that, under his stewardship, Zimbabwe was an African jewel, a breadbasket for the continent and an economic success story founded on Mugabe's celebrated "reconciliation" policy he extended to Rhodesians from 1980 to about 1990.

To his critics, Mugabe became a tyrant with the advent of the "hondo yeminda" land reform programme from 2000 onwards, a period which coincided with the formation of the MDC led by Morgan Tsvangirai.

Critics emphasise that this period was characterised by economic meltdown, hyperinflation and socio-economic ruin; which eroded standards of living and destroyed livelihoods.

The compulsory acquisition of land from white farmers and its redistribution to indigenous Zimbabweans, along with the brutalisation and suppression of the opposition, especially but not only in the 2008 presidential election, are cited as the high points of Mugabe's tyranny.

The problem with the version of Mugabe's legacy as told by his conventional critics is that it's self-serving, ahistorical, unbalanced, without nuance and in fact false.

It is not true that since independence in 1980 Zimbabwe has had two periods: one a paradise and the other a lost paradise.

This narrative is peddled by beneficiaries of Zanu PF largesse in the first decade of independence.

For example, beneficiaries of free basic education and university grants in the 1980s predictably consider that period to have been a golden age, which they credit to Mugabe's legacy.

Yet the beneficiaries of those grants did not include children in Matabeleland and parts of the Midlands provinces who had no schools, no schooling and no birth certificates because of the Gukurahundi atrocities which gripped that region of the country in the 1980s.

As a matter of fact, the untold and unacknowledged truth is that modern Zimbabwe, as it is known today, has never experienced peace or a golden age since 1893 when Cecil Rhodes assassinated King Lobengula; and the attainment of independence in 1980 did not create a new paradigm.

A false start was made in 1980 when Zanu and Zapu did not contest the independence elections as the Patriotic Front, despite having negotiated as a common forum at the Lancaster House constitutional talks.

The 1980 unity government was shortlived as the Gukurahundi onslaught became the order of the day from 1981 to 1987; reinforced by the continuation of the notorious Rhodesia state of emergency from 1980 to 1990.

It is a staggering contradiction for critics of Mugabe's legacy to assert that the 1980s are Zimbabwe's golden years of economic and educational success, when that is precisely the period of the Gukurahundi years during which some 20 000 people were massacred in Matabeleland and parts of the Midlands.

Although its commitment to establish a one-party state was treacherous and notwithstanding the fact that it amounted to the swallowing of Zapu, the 1987 Unity Accord was a milestone that puts Mugabe's legacy in good, if not better, stead.

This is because it marked a meeting of minds between him and Nkomo with an opportunity and promise for a fresh beginning to correct the false start in 1980.

The fact that Nkomo served as Zimbabwe's vice-president under Mugabe for some 11 years following the Unity Accord is of untold historic significance.

A question with a bearing on Mugabe's legacy, but which has not received the attention it deserves, is why the Unity Accord fell short of its promise and failed to usher in a truly new era.

The answer is blowing with the wind: it is because Mugabe did not rule as a system unto himself.

Mugabe was a product of a vicious system that imposed him in 1975 at Mgagao in Tanzania; confirmed that imposition in Mozambique in 1977, got him elected prime minister in 1980; reposed him in power for 37 years and cruelly deposed him on November 15, 2017 to the detriment of his health.

Over the years, it is this system that kept Mugabe in power and used him less as its leader and more as its spokesperson.

It is this system that blocked Mugabe from handing over power to Morgan Tsvangirai after he lost the 2008 election.

Despite this setback, Mugabe was able to forge a government of national unity (GNU) with Tsvangirai.

This was a major milestone in Mugabe's legacy, whose implications are yet to be felt in the Zimbabwean body politic.

On the back of the 2009 GNU, Mugabe agreed with Tsvangirai to author a new constitution for Zimbabwe.

This is another milestone of Mugabe's legacy not yet fully appreciated, but certain to reverberate far and wide in the future.

In the meantime, the system--which engineered Gukurahundi, wrecked the Unity Accord, blocked Mugabe from handing over to Tsvangirai in 2008 -- did not and does not support the new 2013 constitution.

This system literally ran the Zanu PF election campaign in 2013 to put itself in a position to tear apart the new constitution when it staged a military coup on November 15, 2017 under the false pretext that it was stopping Mugabe from handing over power to his wife Grace by allegedly targeting the so-called criminals around him.

Before independence this system was Zanla's High Command; after independence it became the Joint Operations Command (JOC).

The repugnant ideology of this system is that the gun dictates politics.

Mugabe sought to reverse this ideology, to get politics to dictate the gun, when it was too little too late to do so.

Given the foregoing, the pillars of Mugabe's legacy whose ideals will withstand the test of time are the Unity Accord with Nkomo; land reform; indigenisation and economic empowerment for the youth; the GNU with Tsvangirai and the new 2013 constitution.

Jonathan Moyo is the former Higher and Tertiary Education minister. He is one of Mugabe's associates who fled the country following the 2017 coup.

Robert Mugabe's Body Returns to Zimbabwe
Tagged:
Copyright © 2019 Zimbabwe Standard. All rights reserved. Distributed by AllAfrica Global Media (allAfrica.com). To contact the copyright holder directly for corrections — or for permission to republish or make other authorized use of this material, click here.