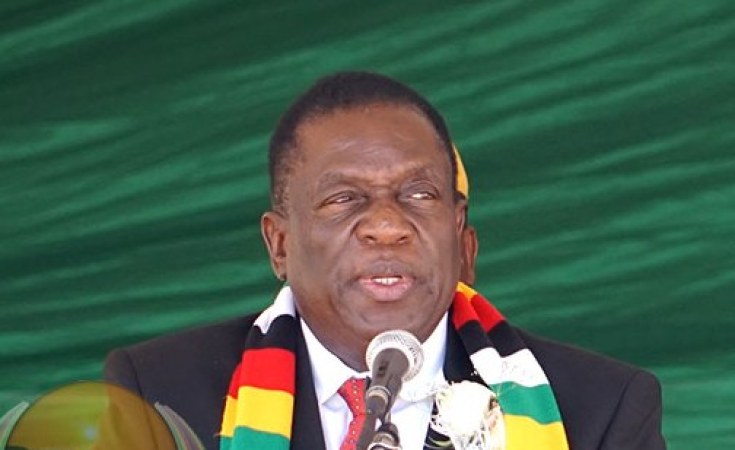 Some Matebeleland based civic society and church organisations have petitioned the European Union (EU) and the US for the removal of sanctions which were imposed on the country nearly 20 years ago.

The EU and US slapped then President Robert Mugabe and leading figures in his administration at the turn of the century over accusations of human rights abuses and electoral fraud.

Mugabe died last week in Singapore, the EU had since scaled down the measures to leave the late former President, his wife and military company the Zimbabwe Defence Industries while the US enacted a law in 2003 to punish Zimbabwe that still stands to this day.

In a petition addressed to the US embassy and copied to the European Union, the Civic Society and Churches Joint Forum (CSCJF) argued that Zimbabwe should be given a chance following the election of a new government in August last year.

"We the people of Zimbabwe, the CSCJF, after obtaining extensive feedback from the ordinary citizens and having made personal observations do demand the lifting of sanctions on Zimbabwe. We believe since 2002, Zimbabwe has matured into a democracy that is not in some countries in the rest of the world," reads part of the petition which was also copied to the British, Canadian and Australian embassies.

In the petition, the joint forum claimed that following President Emmerson Mnangagwa's assumption of power, Zimbabwe's human rights record has improved in comparison with the Mugabe era.

"It is our view that in light of repentance, change of old ways of thinking, change of hearts, increased multiparty democracy, political tolerance, peace, freedom of expression and speech, freedom of association and an end to State sponsored violence, Zimbabwe has to be considered a born again nation. It is grossly unfair and cruel to judge it on the errors of omission and commission of the past," said the petition.

Addressing journalists at the Bulawayo Media Centre, one of the CSCJF coordinator Sibongile Bhebhe maintained the sanctions are retrogressive especially to the young generation.

"We have a generation that is prepared to make reparations for the wrongs committed in the past by the elders , a generation that believes the specific necessities of this dispensation is to focus on economic freedom."

Bhebhe added that the US and EU are out of order for calling for security sector reforms.

"The US has called for reforms in the military but we would want to ask if they have considered the critical constitutional intervention that the military did in reforming a dictatorship. The military did not appoint one within their ranks for fear of usurping the power of Parliament."

Mnangagwa's Special Team to Probe Human Rights Abuse Accusations
Tagged:
Copyright © 2019 New Zimbabwe. All rights reserved. Distributed by AllAfrica Global Media (allAfrica.com). To contact the copyright holder directly for corrections — or for permission to republish or make other authorized use of this material, click here.