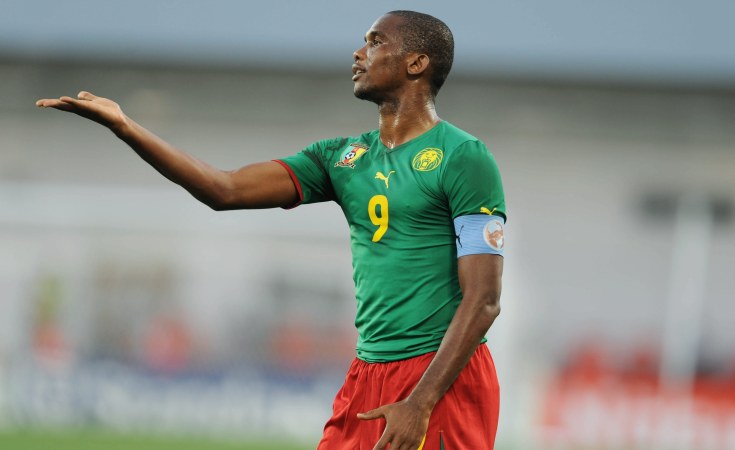 Lefty Shivambu/Gallo-Stanbic
Samuel Eto'o of Cameroon during the Africa Cup of Nations match between Cameroon and Gabon from the Alto da Chela Stadium in Lubango, Angola.
Confederation of African Football (Giza)

Africa and Cameroon legend Samuel Eto'o finally decided to hang his boots. Eto'o, four times CAF player of the year wrote on his page on Instagram on Friday (6 September 2019) "The End. Towards a new challenge. Thank you for your big love".

Eto'o was most recently playing for Qatar based Qatar SC, after a long journey that saw him winning trophies in Spain and Italy besides two Africa Cup of Nations titles with The Indomitable Lions.

Here are nine historic moments in the career of the infamous "Number 9":

* He is the all-time Africa Cup of Nations Top Scorer, having scored 18 goals in 6 appearances.

* He is the only player to win back to back trebles in Europe (League, Cup and UEFA Champions League) with two different clubs, with Barcelona (2009) and Inter Milan (2010).