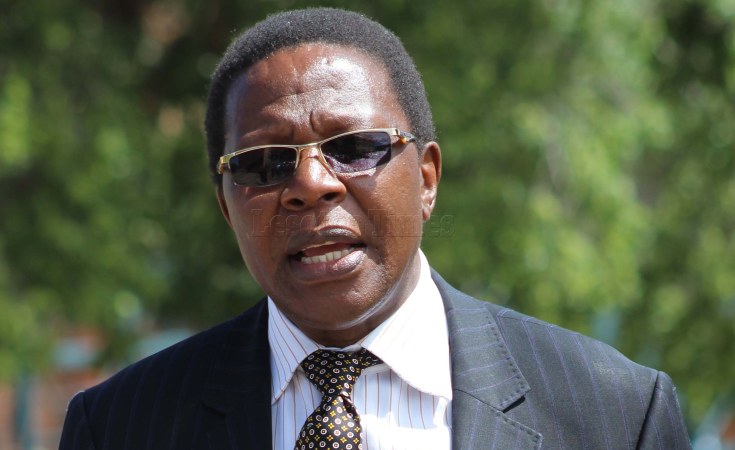 Professor Nqosa Mahao and his faction of the ruling All Basotho Convention (ABC) fear that their ongoing battle with Prime Minister Thomas Thabane for control of the ruling party has entered a deadly and bloody phase.

This after the recent killing of Mahlomola Rapholo who was the ABC councillor for Mokhethoaneng in Berea. The 48 year-old Mr Rapholo, who had thrown in his lot with the Mahao camp, was shot several times by unknown gunmen as he drove alone in his car from his shop in the Mokhethoaneng area.

Mr Rapholo's murder was followed by another brutal attack on Seipati Ntasi, a pro-Mahao councillor for Ramotjalotjalo in Leribe. Mr Ntasi was badly assaulted last Wednesday by a fellow villager and he is said to be fighting for his life in the intensive care unit (ICU) at Queen 'Mamohato Memorial Hospital in Maseru.

The two incidents come barely a month after Prof Mahao's staunch ally, former Social Development Minister, 'Matebatso Doti, was stabbed five times by eight unknown assailants in what she said was an assassination attempt at her Lithabaneng, Maseru, home in the early hours of Friday 26 July 2019.

The assailants reportedly told Ms Doti that they had been sent to kill her for siding with Prof Mahao in the ABC power struggle. They also robbed her of M4000 and two guns owned by her late husband who had retired from the army by the time of his death in 2017.

While the government and police statements suggested that Ms Doti was the victim of a robbery, the legislator and her ABC allies are not in any doubt that the attack, which left her in a pool of blood, was a politically motivated bid to eliminate her for siding with Prof Mahao in the struggle for control of the ruling party.

But the ABC has not known peace and stability after Prof Mahao's election was rejected by Dr Thabane and the old NEC.

The attack on Ms Doti came against the background of warnings of the ABC conflict spiralling into bloodshed. The warnings were delivered in February this year by senior politicians such as Habofanoe Lehana (Trade and Industry minister), Keketso Sello (Mining minister) and the party's Rothe constituency legislator, Mohapi Mohapinyane. Prof Mahao, Mr Rapapa and Mr Hlaele subsequently beefed up their security after alleging they had received reports of plots by the party rivals to assassinate them.

After the latest incidents involving Messrs Rapholo and Ntasi, the Mahao camp now fears that the ABC's infighting has entered a bloody phase.

Addressing party supporters at a rally early this week in Rothe, Maseru, Prof Mahao alleged that the latest attacks targeted councillors who support his faction.

"We are very sorry about the unfortunate killing of Mr Rapholo and we convey our condolences to his family and the people he represented in the Mokhethoaneng electoral division.

"These attacks have become so rampant and they appear to target councillors who support this (NEC) committee which was recently elected by ABC followers in February. We can't stop wondering where all this is taking us as a country," Prof Mahao said. He also said there was now a trend of armed criminals targeting business people and appealed to the police to act.

"It is true we lost a councillor from Berea who was shot dead last Tuesday but I do not have all the details as yet. I am still waiting for the police to furnish us with information.

"Our suspicions are that it is one of the attacks aimed at eliminating or silencing us (the Mahao faction). There is nothing we can do but pin our hopes on the police and the law especially where a person has died," Mr Masoetsa said.

Prof Mahao and Mr Masoetsa's suspicions are however, at variance with those of the late Mr Ntasi's brother, Mohanoe Ntasi, who said his brother was assaulted by a fellow villager who suspected he was having an affair with his wife.

"My brother was caught off guard by his assailant who just crept up behind him and started assaulting him. He was left unconscious and bleeding heavily and he only got medical attention the next day before being transferred to Maseru," Mohanoe said this week.

Commenting on Mr Rapholo's murder, the ABC's Berea legislator, Motlatsi Maqelepo, said the former was a businessman and member of the District Football Association who probably had enemies elsewhere and not in politics.

"In the community, there are already some rumours as to who could have killed him but we will leave that to the police," Mr Maqelepo said.

Police Spokesperson Superintendent Mpiti Mopeli confirmed the murder of Mr Rapholo "who was shot while travelling in his car from his shop at about 8pm".

"The deceased was found dead in his car by some people who were travelling in a taxi. Three 9mm shells were found at the scene while the deceased had multiple gun wounds.

"No one has been arrested as yet but police investigations continue," Supt Mopeli said.