Congo-Kinshasa: Ebola in the Congo - a Forgotten Conflict Became a Danger to World Health 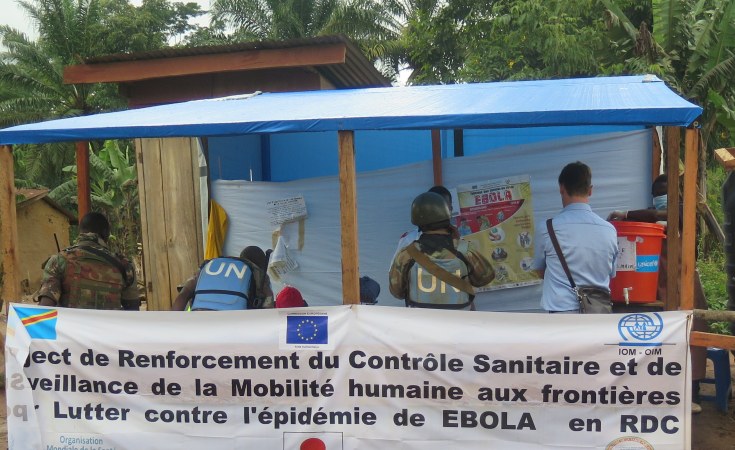 The World Health Organisation (WHO) has recognised the Democratic Republic of the Congo's Ebola epidemic as a "public health emergency of international concern".

Despite a quick response from the international community, and proactive efforts by the Congolese government to end it, the epidemic has already claimed more than 2000 victims and continues to spread.

According to governmental and non-governmental organisations fighting the epidemic, the spread of Ebola is facilitated by the nature of the virus as well as how the response is being organised and managed.

But there are also contextual reasons, often neglected, for why it's spread: the existence of conflict and violence in certain parts of the country.

The actions of armed groups limit medical intervention. And local communities are wary of the sudden arrival of outsiders interested in regions where there's been violence for years. The dilapidated state of the health system in these war zones further aggravates the situation.

These circumstances are among the main reasons behind the spread of Ebola.

Much like large swathes of the DRC's eastern border, Beni -- which stands at the heart of the Ebola epidemic -- has been gripped by violence from armed groups for decades. It has also grappled with a Ugandan rebellion, operating on Congolese soil, for about ten years.

This rebellion, which has its roots in the Ugandan Islamic community, has caused massacres, mutilations, theft and kidnappings. The United Nations Mission in the DRC and the Congolese army have been unable to stop this armed group whose "machete massacres" have become its calling card.

Because of these huge challenges, the region has been neglected by the Congolese government and international stakeholders.

It took the appearance of Ebola in 2018 in North Kivu to attract renewed interest in the region. The more the epidemic spreads, the more there is talk of the region and the need to increase efforts to beat the virus.

Furthermore, Beni's is located in an area conducive to the rapid spread of the virus across the Great Lakes region and Central Africa because many people move through the area. With nine neighbouring countries and many displaced populations in the DRC, an uncontrolled epidemic could spread to the rest of the world.

This is why the appearance of Ebola in North Kivu attracted hundreds of millions of dollars, in a very short time, along with a fierce drive by the global community to eradicate it.

But we can also understand why people in Beni are wary of medical personnel, and view this influx of wealth and non-governmental organisations with suspicion.

Neglected for a long time, many locals refuse to believe that doctors have come to rescue them. Some believe that the disease was invented by politicians to target and harm the Beni region.

In addition, when NGOs arrive they find themselves in the heart of a long-abandoned zone, without medical teams, material or training personnel. Though health facilities once existed, they were gutted a long time ago; most often they have been abandoned.

Like many other facilities in the DRC, some of these collapsed due to the implementation of the World Bank and International Monetary Fund's structural adjustment programmes in the 1980s which cut state expenditure in social sectors.

Furthermore, the Congolese Health Department's recent criticism of NGOs and pharmaceutical companies has only increased suspicions. People are now wondering whether they are being used as guinea pigs for multinationals that are only there to "do business".

When the Congolese Health Minister, Oly Ilunga, resigned in July, he claimed that there was a war of pharmaceutical companies trying to introduce an experimental vaccine.

He also castigated NGOs, claiming that their interventions were uncoordinated and that they withheld information in a race for funding.

These factors make Ebola a political problem, and demonstrate that millions of dollars may not be enough to organise an effective response.

If the international community does not seriously commit to finding a security solution to the situation in Beni, Ebola may be eradicated - but other dangers could still emerge in this zone and threaten public health and the security of the region.

Translated from the French by Alice Heathwood for Fast ForWord.

Tanzania Withholding Information About Possible Ebola Cases - WHO
Tagged:
Copyright © 2019 The Conversation Africa. All rights reserved. Distributed by AllAfrica Global Media (allAfrica.com). To contact the copyright holder directly for corrections — or for permission to republish or make other authorized use of this material, click here.