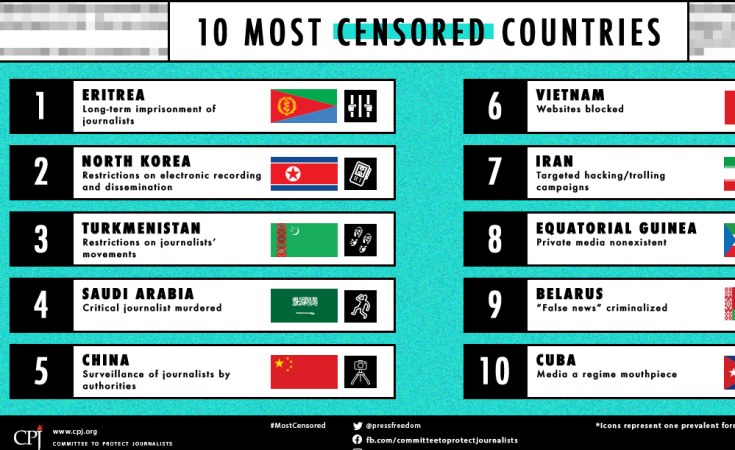 Repressive governments use sophisticated digital censorship and surveillance alongside more traditional methods to silence independent media. A special report by the Committee to Protect Journalists.

Eritrea is the world's most censored country, according to a list compiled by the Committee to Protect Journalists. The list is based on CPJ's research into the use of tactics ranging from imprisonment and repressive laws to surveillance of journalists and restrictions on internet and social media access.

Under Article 19 of the Universal Declaration of Human Rights, everyone has the right to seek and receive news and express opinions. These 10 countries flout the international standard by banning or severely restricting independent media and intimidating journalists into silence with imprisonment, digital and physical surveillance, and other forms of harassment. Self-censorship is pervasive.

In the top three countries--Eritrea, North Korea, and Turkmenistan--the media serves as a mouthpiece of the state, and any independent journalism is conducted from exile. The few foreign journalists permitted to enter are closely monitored.

Other countries on the list use a combination of blunt tactics like harassment and arbitrary detention as well as sophisticated surveillance and targeted hacking to silence the independent press. Saudi Arabia, China, Vietnam, and Iran are especially adept at practicing these two brands of censorship: jailing and harassing journalists and their families, while also engaging in digital monitoring and censorship of the internet and social media.

The list addresses only those countries where the government tightly controls the media. The conditions for journalists and press freedom in states such as Syria, Yemen, and Somalia are also extremely difficult, but not necessarily attributable solely to government censorship. Rather, factors like violent conflict, insufficient infrastructure, and the role of non-state actors create conditions that are dangerous for the press. 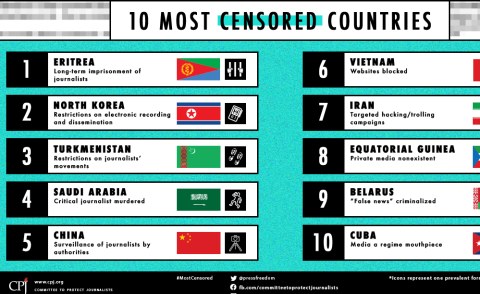 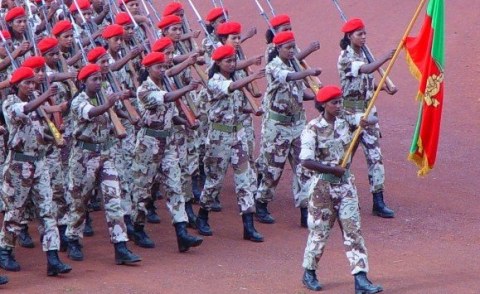 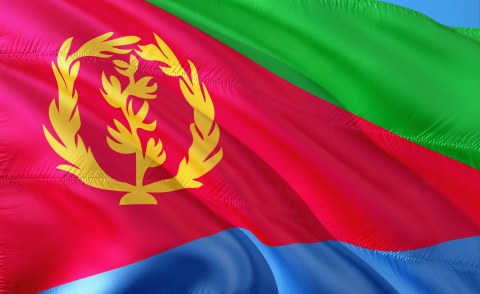 Eritrea Urged to End 18 Years of Dictatorship
Tagged:
Copyright © 2019 Committee to Protect Journalists. All rights reserved. Distributed by AllAfrica Global Media (allAfrica.com). To contact the copyright holder directly for corrections — or for permission to republish or make other authorized use of this material, click here.