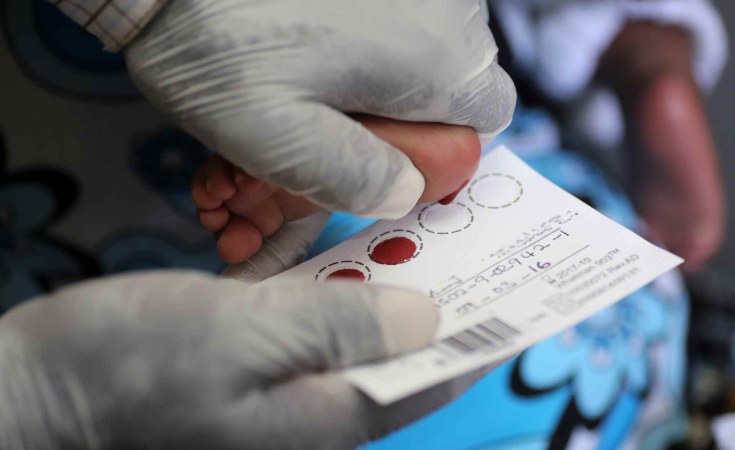 It is thus now time that African leaders develop sustainable ways of financing healthcare. Securing increased domestic financing for universal health coverage and health security for all African citizens is of paramount importance at the upcoming session of the specialised technical committee on health, population and drug control (STC-HPDC-3) of the African Union.

About 37 percent of payments for healthcare at the point of need in sub-Saharan Africa is out-of-pocket, compared to 30 percent in the Middle East and North Africa. This pushes millions into poverty. Already, more than 50 percent of the world's extreme poor live in sub-Saharan Africa. If the trend continues, nearly nine in 10 of the extreme poor will live here by by 2030, according to the World Bank’s latest estimates of global poverty.

In the face of this, current health spending per person in sub-Saharan Africa is person is $198 a year, versus $1,288 in North Africa and the Middle East. It is clear that sub-Saharan African governments are spending too little on health.

In rural areas, where nearly 60 percent of those in sub-Saharan Africa live, according to the World Bank, primary healthcare is not functional in most communities and health workers are migrating to high income countries. In addition, there is an upsurge of refugees and internally displaced persons (IDPs), for example due to the Boko Haram insurgency in northeast Nigeria, wars in South Sudan and fighting in the Democratic Republic of Congo. These IDPs and refugees suffer many health challenges and bear the brunt of a lack of primary health care across the continent.

All these factors together paint a picture of urgency for better primary health care, universal health coverage and the achievement of global security. So what can African Union do to ensure no one is denied healthcare due to poverty, an inability to pay or other social inequities on the continent?

Delegates at the STC-HPDC-3 meeting should consider these three areas:

First, there must be more investment in primary health care. Forty years since the Alma Ata declaration, a milestone document which identified primary health care as the key to the attainment of the goal of “health for all”, sub-Saharan Africa has done little to improve the quality of healthcare, productivity and life expectancy.

But there are good examples we can follow. The use of community health workers (CHWs) for the provision of  primary health care has been successful in Rwanda and Ethiopia. The Rwandan experience of deploying 45,000 CHWs is one to be closely studied and taken to scale across the continent.

Appropriate maternal, neonatal and child mortality interventions delivered through  primary health care could avert 2.3 million deaths – preventing 71 percent of maternal deaths and 48 percent of neonatal deaths. There have been calls to reinvent primary health care by putting communities at the centre, and engaging with communities fosters ownership and volunteerism and can help mobilize local resources.

Primary health care can provide most of a person’s health needs throughout their life, including prevention, treatment, rehabilitation and palliative care, according to the World Health Organization.

Second, a universal health coverage (UHC) system should be publicly funded. That would make it equitable, remove user-fees at the point of care and provide protection against financial risk.

African governments need to demonstrate the political need for UHC as is being done by Rwanda – 96% of Rwandans have health insurance and the government pays premiums for about 60 percent of the population. There is a WHO/Unicef Framework that could serve as a guide in developing national strategic plans as that in Rwanda. Moreover, to ensure equity in UHC, the rich must cross-subsidize the poor and government must pay for the poorest of the poor.

Third, universal health coverage and global health security should be delivered jointly to prevent infectious disease outbreaks, according to the director-general of WHO, Tedros Adhanom Ghebreyesus.

Recently, the Ebola outbreak in the Democratic Republic of Congo was declared a Public Health Emergency of International Concern, a status implying that the Ebola outbreak there now constitutes a public health risk to other states, potentially requiring a coordinated international response. This could have been prevented if UHC was available in the DR Congo. As long as there are communities in Africa in which people do not have to access healthcare, there will be a risk of infectious diseases.

Developing public-funded universal health coverage delivered through a functional primary health care system that would guarantee health security is not an easy task. However, there are lessons from within the continent and elsewhere to draw from and the purpose of the STC-HPDC-3 meeting is to find ways of developing finance mechanisms.

More than a billion Africans are looking to the delegates meeting for equitable healthcare.

Dr. Virginia Casigliani is a research intern at the Department of Translational Research and New Technologies in Medicine and Surgery in Public Health at University of Pisa, Italy.

Ainur Kagarmanova is an expert at the Republican Center of Health Development in Kazakhstan.

Toyyib O. Abdulkareem is a current Commonwealth Scholar studying for a Master's in Public Health at the University of Wolverhampton in the United Kingdom.

Tagged:
Copyright © 2019 Nigeria Health Watch. All rights reserved. Distributed by AllAfrica Global Media (allAfrica.com). To contact the copyright holder directly for corrections — or for permission to republish or make other authorized use of this material, click here.