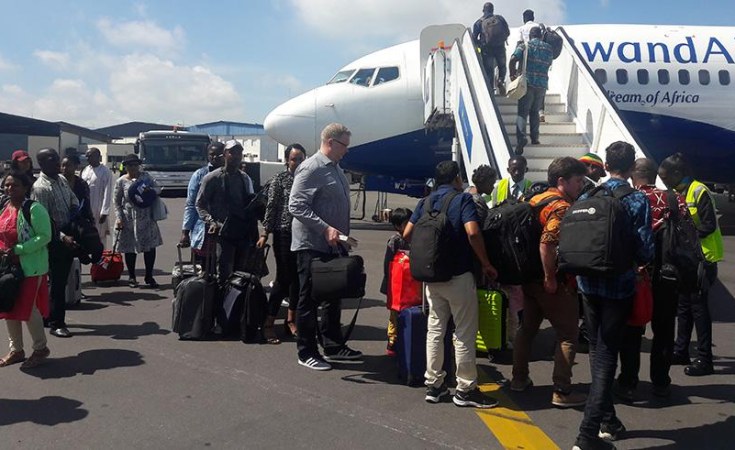 Parliament Tuesday approved a draft law that paves way for Rwanda to cooperate with 32 countries in the aviation sector.

The Bilateral Air Services Agreements (BASA) opens the way for 92 new air routes for the national carrier RwandAir, according to Amb. Claver Gatete, the Minister of Infrastructure.

The law is a window opened for the growth of trade and tourism of local air transportation.

"These are just 32 agreements, 92 have been finalised and more will be signed," said Gatete shortly after the parliament's approval.

Normally, BASA permit designated airlines of contracting countries to operate commercial flights that cover the transport of passengers and cargo between those two countries. They also normally regulate frequency and capacity of air services between countries, pricing and other commercial aspects.

In a bid to boost trade and tourism, the minister said the agreements will, "broaden our business wings so our country can cooperate with many other countries."

The Director of Transport Division at the Ministry of Infrastructure, Alphred Byiringiro, told The New Times that despite the national carrier not being able to cover all the new routes right away, it was a proactive step.

In the meantime, the minister said, more foreign carriers will be able to fly to Rwanda.

The laws allow both parties to the agreement to initiate their operations which will liberalise commercial civil aviation services of passengers and cargo.

Rwanda has, in the past, signed BASAs with several countries that include Cape Verde, Uganda, Sudan, South Sudan, Lesotho, Swaziland, the Central African Republic (CAR), Canada, Kenya, Malawi and Tanzania - as part of government efforts to increase air connectivity and deepen trade in Africa and beyond.