Kenya: Ethiopia Crash - Another Kenyan 'Set to Testify' Against Boeing 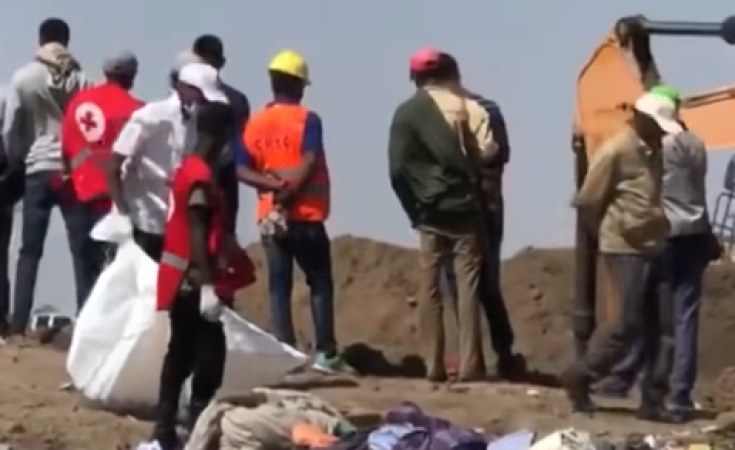 CNN/YouTube
The scene of the Ethiopian Airlines plane crash.
The Nation (Nairobi)
By Phyllis Musasia

The man from Nakuru County whose five relatives died in the March 10 Ethiopian Airlines plane crash says he is set to testify in a compensation case against aircraft manufacturer Boeing.

John Quindos Karanja, 61, a resident of Kwa Amos village in Kabatini, Bahati, revealed on Thursday that he was preparing to travel to the United States.

"I just got a confirmation from the law firm representing me ... that I should get ready to travel ahead of the hearing in October," Mr Karanja told the Nation.

He said his three children will accompany him and that they are also expected to give their testimonies.

"The exact hearing date was not disclosed to me but the firm mentioned early October."

He declined to named the firm.

His kin were on their way from Toronto to Nairobi where they were to join family members, having been away for four months.

The plane destined for Nairobi crashed just six minutes after taking off from Bole International Airport in Addis Ababa.

In July, Mr Karanja's son in-law Paul Njoroge testified to the congress as the first Kenya victim of the crash.

He slammed the manufacturer and told lawmakers to scrutinise the Federal Aviation Administration which approved the now-grounded planes two years ago.

The House aviation panel also heard from union officials representing pilots, mechanics and flight attendants at its third hearing on the 737 Max crashes.

"I miss their laughter, their playfulness ... their touch," he said about his young family in a written testimony.

"I am empty. I feel I should have been on that plane with them. My life has no meaning. It is difficult for me to think of anything else but the horror they must have felt."

The Addis Ababa incident followed the crash of another Boeing 737 Max aircraft - Lion Air Flight 610 - in Indonesia in October 2018, a case that left 189 people dead.

The crashes prompted aviation officials around the world to ground the jets in mid-March. Investigators have implicated an anti-stall system in both crashes.

Boeing has developed a fix for the software to make it less aggressive and give pilots greater control of the aircraft, a newer version of Boeing's workhorse 737 that's been flying since the 1960s.

Regulators have not said when they will allow the planes to fly again.

Kenyan to Testify in U.S. Over Ethiopian Plane Crash

Families of Ethiopian Crash Victims Urged to Accept Compensation
Tagged:
Copyright © 2019 The Nation. All rights reserved. Distributed by AllAfrica Global Media (allAfrica.com). To contact the copyright holder directly for corrections — or for permission to republish or make other authorized use of this material, click here.