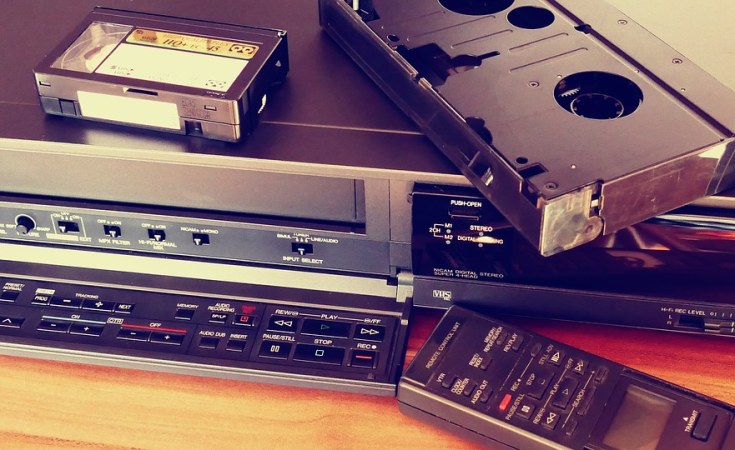 There was a time back in the 1980s and 90s where different scenes and consumer products were commonly used and practised. However, changes have led these trends and consumer products to start phasing out or completely disappear. The younger generation is not even aware of some products or services, since they have already gone extinct.

There was a time back in the 1980s and 90s where different scenes and consumer products were commonly used and practised. However, changes have led these trends and consumer products to start phasing out or completely disappear. The younger generation is not even aware of some products or services, since they have already gone extinct.

These trends are common and are the result of technological advancements, according to experts. Yeraswork Admassie (PhD), a lecturer at Addis Abeba University's College of Social Science, says that technology is interrelated with the growth of human populations.

"It's the population growth that influences the invention of new things that replaced the old practices," Yeraswork says.

Fortune has curated five scenes and consumer products, which were common and widely practised in the capital but have started to disappear these days.

Playful Bekele Waqetola, a 77-year-old father of three, has been a barber for about five decades. When he started his career as a barber, he used to use a hair clipper, which is similar to scissors but has razors and is used to cut hair.

He was only 26 years old when he started his career as a barber, joining a barbershop located close to Anwar Mosque at Merkato, the largest open-air market in the city in Addis Ketema District.

Spending his entire life in Piassa, the heart of the city, he has worked at four different barbershops. During Emperor Haile Selassie's reign, his employers used to share half of the profit they earned with Bekele. When the military junta came to power, employers of Bekele started to share 70pc of their revenues with him.

He used to charge between 0.25 to one Birr, depending on the class of the barbershops he worked for.

Bekele is now working at a barbershop located on Eden Street, Piassa. He uses an automatic cutter that works either with batteries or electric power. He started using the modernised hair cutting machine in 1978. Now he charges 55 Br for a haircut.

"I would have stopped the job if I still used the old hair clipper," said Bekele, who says the old clipper required more energy. "I'm old enough to use the clipper, which requires labour to operate it."

Hana Kebede, 19, used to find herself in terrible arguments regularly with her mom and dad when one of her father's leg socks was lost from the drawers.

Hana used to enjoy playing football with the boys in her neighbourhood. She would steal a sock from her father, fill it with plastic bags and roll it into a ball.

When her parents found the pair-less sock and asked her the reason, she used to reply, "I don't know, but maybe a rat took it." Then she would decorate the ball with different pieces of coloured cloth to camouflage the lost sock.

"It was challenging to play with this homemade ball during rainy seasons," she recalled. "It got wet and held water, making it very difficult to kick."

The last time she made a ball from socks and plastic bags was five years ago. Now she plays with a ball made of rubber.

"The rubber football is much easier to play with," she said.

The younger generation like Markon Tadesse, a six-year-old boy who comes to Mesqel Square every Sunday morning with his father to play football, does not know about these homemade balls.

"I have never seen such kinds of balls," Markon told Fortune.

Berhane Weldaye, a 60-year-old mother of three, resides at Serategna Sefer, a neighbourhood of Piassa. She moved from Ezha Wereda of the Southern Nations, Nationalities, & Peoples' Regional State to Addis Abeba after getting married to her husband.

Berhane has gone through a tough life after her husband, the head of the house, passed away 15 years ago. To support her family financially, she started to supply water from Bono Wuha.

A kebele owns Bono Wuha, but Berhane pays the monthly bill for the water and takes whatever is left after the payment for herself. She charges 0.5 Br for ten litres of water.

Back in the day, most of the residents of Serategna Sefer used to use Bono Wuha as a source of water. Berhane was responsible for supplying the water, and customers would get angry with her if she did not arrive on time to open the water spigot.

"These days everyone has water lines at their homes. Only five or six people come for the Bono Wuha these days," she said.

Leyila Musema, 47, is a resident of 42 Kebele, a mother of six and is one of the few people who still use the Bono Wuha water service since she is not financially capable of getting water supplied at her house.

Leyila, who works in a safety net programme cleaning city roads in the morning, once paid 0.05 Br for 10 litres of water, but the price has increased to 0.25 Br and then to 0.50 Br gradually.

Since many people are not using the service, Berhane is thinking of asking the kebele to allow her to start giving shower services to residents.

"Shower service has a relative demand now," she said.

Yonas Melesse started renting movies 14 years ago. When he started his business, VHS, an analogue video recording on tape cassettes, was the only format movies were recorded on.

Along with movies, music collections and video clips were recorded on the VHS cassette. When he rented them, Yonas used to charge five Birr a movie and asked for an ID when a new customer came to rent.

One of the major challenges Yonas used to face was rewinding every cassette after the people returned them before renting to another customer. And the other challenge was losing VHS tapes when people did not return them.

"It wasn't something that was available or could be duplicated easily," Yonas said.

Close to a decade ago, the Compact Disc (CD), a digital optical data storage format, made VHS tapes obsolete.

"CDs are vulnerable to damage if scratched," Getamesaye said.

But now people come with their USB sticks or use mobile phones to get movies, according to Getamesaye. The phase-out of VHS cassettes has also led Anebachew Kiros, who has been an electronic maintenance technician for the past 28 years, to divert to another business.

He used to maintain VCRs (videotape cassette players) and charge 200 Br to 1,000 Br to maintain the player depending on its mechanical problem.

"The player was somehow expensive, since it had been sold for up to 13,000 Br at the time," said Anebachew. Anebachew also says that having VHS players was considered a sign of wealthiness of a family.

"Having a VHS player was something of a luxury, and me and my childhood friends used to walk on the road holding the VHS by hand," said Anebachew.

Currently, Anebachew makes his bread and butter by maintaining LCD televisions, laptops and other electronics.

The 53-year-old Tekalegn Eneyew was a farmer before he decided to give up on farming and become a tailor some two decades and a half ago.

Tekalegn used to live in a village located a few kilometres away from Zeway town but moved to Addis Abeba after his house was burned down by an assailant in 1991. To feed his family, he bought a Singer sewing machine for 200 Br 24 years ago.

At the time, there were three types of sewing machine brands - Singer, Butterfly and Saba - and a brand new sewing machine was sold for as high as 500 Br.

Working with the machine for 18 years, he was forced to change out the old deteriorated machine and buy a new one in 2012 for 3,200 Br from a place near St. Raguel Church.

When he started his job, he mended ripped clothing, since it was normal to repair clothing then. But these days, the trend of wearing mended clothes has fully phased out in the city.

Thus, many clients are currently going to Tekalegn, who makes up to 200 Br a day, for resizing clothes.

"Most of my clients are young men who want skinny fitting trousers," Tekalegn, who works around Tekelehaimanot, said.