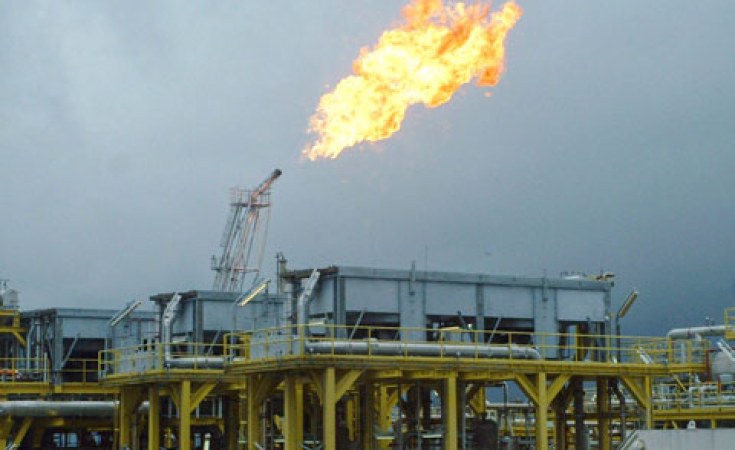 Abuja — The Attorney General of the Federation and Minister of Justice, Abubakar Malami (SAN), at the weekend served noticed that all government officials and others connected with the process through which Process and Industrial Developments Limited (P & ID) got the Gas Supply and Processing Agreement (GSPA) with the federal government and later secured an arbitral award of $9.6 billion following Nigeria's alleged default, would not escape the ongoing probe into the incident.

Malami told journalists in Abuja that although security agencies had interrogated many prominent personalities in connection with the $9.6 billion awarded against Nigeria by a United Kingdom court, many more would soon be invited for questioning in order to get to the root of the matter.

The minister refused to mention those who have been interrogated because he does not want to "dwell on personality", but stated that the investigation on the matter would be intensive and thorough.

In the wake of the judgment debt, President Muhammadu Buhari had ordered the Economic and Financial Crimes Commission (EFCC), the National Intelligence Agency (NIA) and the Inspector General of Police to get to the root of how P&ID, a company registered in British Virgin Island and promoted by and Irish, Mr. Michael Quinn, now deceased, got the GSPA in 2010 and the circumstances that led to Nigeria not fulfilling its contractual obligations under the agreement, which subsequently led to the award of $6.5 billion against Nigeria by an arbitration panel in London. With interest payments, the sum now tops $9 billion, some 20 per cent of Nigeria's foreign reserves.

So far, the EFCC has interacted with a former Chief Justice of Nigeria, Justice Alpha Belgore, who was said to have served as a legal consultant to a foreign legal team hired by P&ID as well as two Senior Advocates of Nigeria (SAN), Tunde Fagbohunlu and Supo Shashore, in order to gain further insight into the failed gas project.

While Fagbohunlu was said to have rendered a legal opinion on the matter and also recommended Belgore to the foreign legal team, Shashore, on his part, was the first lawyer that handled the case on behalf of the federal government at the arbitration tribunal in 2014 under the Jonathan administration till when the Buhari administration took over.

Giving an update on the failed gas project, the minister said the investigation of the matter would be intensive, saying everybody, no matter his/her status, involved in the process of drafting the agreement and awarding the fraudulent contract- living within or outside the country- would be investigated by security agencies.

Malami insisted that the so-called contract was "a well-organised scam consciously, deliberately and intentionally orchestrated" by some dubious and well-placed Nigerian government officials at the time, with some shrewd foreign collaborators to defraud Nigeria and inflict heavy economic and financial loss on Nigeria and its people.

"There is a comprehensive report by Bloomberg Businessweek on the whole scam and those who want to know more about the so-called contract can read up on: Is One of the World's Biggest Lawsuits Built on a Sham?

The minister added that while the federal government is willing and ready to negotiate and meet the terms of agreements reached with all genuine investors, which have done business or are still doing business with Nigeria on mutually beneficial terms, it will not allow fraudulent local and foreign collaborators to rip off Nigeria for no just cause in order to be seen as being nice or investor-friendly.

He said: "Those who are clapping for P&ID and blaming Abubakar Malami and the Buhari administration for the huge $9.6 billion slammed on the country as a result of the so-called Gas Supply and Processing contract awarded the firm on January 11, 2010, five years before President Buhari came to power and I became minister, should be kind enough to ask those who awarded the so-called contract what it was all about and why there was no attempt by either those who awarded the contract and the contractor to implement even an aspect of it.

"Nigerians should also ask the PDP government that awarded the contract why it was given to a company, whose address is C/O of a lawyer's office: Trident Chambers, P.O Box 146, Tortola, British Virgin Island and that means the company does not have an office of its own and has no record of executing any project of any kind close to what it was awarded in Nigeria."

The minister raised many posers: In whose interest was the critical contract awarded and what was it to achieve? Why was the centre of arbitration taken to London, and not Nigeria, a sovereign nation? Why was the contract not passed unto the Federal Ministry of Justice for vetting? Why was the Federal Executive Council's approval not sought in the execution of the agreement? Was there any direct capital inflow arising from the contract? And was NNPC, NPDC and IOC's who were to have supplied the gas component of the agreement not made parties to it?

Asked why the Buhari administration started negotiation with P & ID, if it knew that the contract was fraudulent, the minister said when the government inherited the case in 2015, it discovered that the time to challenge the case was running out and felt one of the options available was negotiation.

He added that when the government later discovered the fraudulent process leading to the award of the contract, it pulled out.

On NFIU's purported letter to bank, directing them to supply account details of officials of NJC and National Assembly, Malami questioned the letter, saying the agency doesn't need to write banks for the information because it has all the information the letter was demanding for.

Suspects in Nigeria's Failed Gas Project Deal Plead Guilty
Tagged:
Copyright © 2019 This Day. All rights reserved. Distributed by AllAfrica Global Media (allAfrica.com). To contact the copyright holder directly for corrections — or for permission to republish or make other authorized use of this material, click here.