The World Bank recently painted a gory picture of Nigeria's economy with a warning for the authorities to do something quickly about the situation. Lamenting how the once leading exporting country has now degenerated to one of the largest food importers, spending $965 million to import wheat, $39.7 million on rice, $655 million on fish and $100.2 million on foreign sugar, a senior official of the bank says: "Nigeria is tragically living on borrowed time." It is a warning that should be heeded.

The picture painted by the World Bank is only a reminder of how Nigeria has continued to regress from its glorious past in virtually all spheres. From the 1950s till the mid-70s, Nigeria earned huge sums of money from agriculture with each of the then three regions exporting at least a dominant farm produce. At that period, the Western region was a clear leader in the export of cocoa, the Eastern Region dominated the export of palm oil while the Northern region was an indisputable staunch exporter of groundnut. Meanwhile, Nigeria's palm oil production accounted for 43 per cent of the world production. Nowadays, agriculture accounts for less than seven per cent of global output, with most of the production coming from dispersed smallholders. Even with all the arable land, Nigeria is now a nation that cannot feed its people.

As a consequence of this neglect of agriculture, the economy is over-dependent on the oil sector, which provides less than 25 per cent of the Gross Domestic Product (GDP), despite accounting for 95 per cent of foreign exchange earnings, and about 65 per cent of government revenues. With oil wealth, the farms are no longer attractive to the able-bodied youths of the country, who stream daily to political capitals of the nation - federal, states, local councils - for some cheap money that is not there anymore.

Sad enough, the much touted diversification of the economy from reliance on oil to agriculture by successive governments has turned out to be no more than mere propaganda as there is little or nothing to show for it. Oil money has tended to retard other productive activities in the country such that the need for economic diversification is only remembered when revenue available for distribution to the three tiers of government is dwindling. Unfortunately, even in these moments, there is no real commitment to the much-talked-about agriculture which nonetheless still contributes the bulk of the GDP in the country today.

The drastic fall in the global price of crude oil since 2015 has forced the country to depend largely on borrowing to meet its financial obligations. For instance, the federal government announced last week that it will spend N2.45 trillion of its proposed N10.07 trillion 2020 budget to service debts while it is yet warming up to borrow N1.6 trillion in addition to the outstanding N24trillion debt.

Given the situation on ground, Nigeria is not only living on borrowed time as the World Bank has warned but also sitting on a keg of gun powder. The economic crisis has continued to bite harder while unemployment rate has been on the rise because proceeds of oil are too meagre to meet the needs of about 200 million people amid growing challenges. Notwithstanding, we believe that there are still very many opportunities for the country to diversify the economy. As the World Bank has warned, over-dependence on oil revenue is risky, unsustainable and even unwise. That of course is why the national economy remains so fragile. We therefore urge the federal government to demonstrate some more seriousness in diversifying the economy. 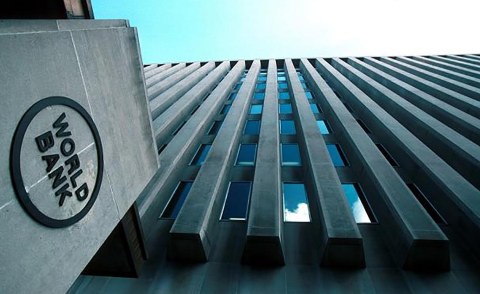 Nigeria Slips in Ease of Doing Business Ranking
Tagged:
Copyright © 2019 This Day. All rights reserved. Distributed by AllAfrica Global Media (allAfrica.com). To contact the copyright holder directly for corrections — or for permission to republish or make other authorized use of this material, click here.