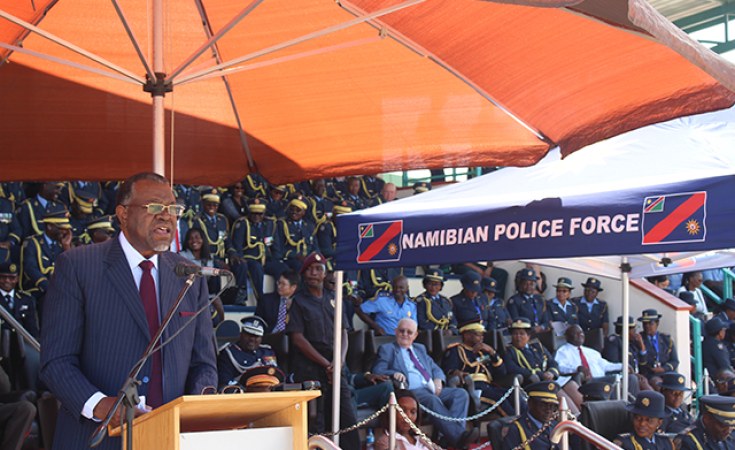 DUE to the success of police 'Operation Kalahari Desert' in subduing social crimes in Erongo, especially around drinking holes and clubs, there has been a steady rise in domestic violence, Erongo community policing commander Ileni Shapumba told members of a community crime forum at Swakopmund last Thursday.

The third phase of the operation in Erongo was launched last Friday, 13 September.

According to him, the previous two phases of the operation since May has resulted in a reduction of social crimes, especially at Swakopmund and Walvis Bay, where the operation was focused.

These included traffic-related offences, drunken driving and misconduct in public, as well as the possession of drugs and weapons. It also involved more serious crimes against others in society, such as assault, theft, robbery, rape and murder. Many of these took place at shebeens, bars and clubs.

"The social crimes have reduced, but there is a concern about crimes at homes - domestic violence is one of them," said Shapumba. "The perpetrators know they cannot be on the streets anymore, so now they stay at home. They may have left home to escape from domestic problems to go and drink and do drugs somewhere else."

While the police cannot go into every home to address domestic issues, Shapumba called on the community to address the problems through informing social services to mediate, or the police to intervene.

He suggested that ' Operation Kalahari Desert' was receiving unfair criticism from some.

"The army is accused of sitting around and playing cards and dominoes, and now that they are being used to fight the scourge of crime, then people are still complaining," he said. "Those calling for Kalahari Desert to stop are wrong. They say it is killing the people, but it is crime killing the people. The officers are doing their job to stop that."

He urged people apprehended for questioning or arrests by members of the operation to cooperate, and not to resist or flee.

"The members will use reasonable force to overcome resistance. We are trained for this. If a person pulls out a gun or knife, or runs away at breakneck speed, the police can use force or a firearm as a warning, or to stop you if necessary," Shapumba explained.

Last Tuesday, Hafeni Haihambo (54), accused of murdering his girlfriend, Otillie Hanguwo (36) in a shack at Kuisebmond by slitting her throat, made his first appearance in the Walvis Bay Magistrate's Court.

He was denied bail, and remanded in custody until 30 October for a formal bail application. 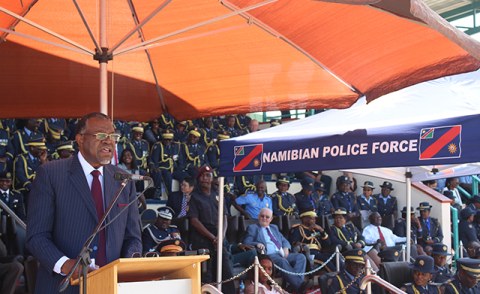 Geingob Dismisses Allegations of Human Rights Violations
Tagged:
Copyright © 2019 The Namibian. All rights reserved. Distributed by AllAfrica Global Media (allAfrica.com). To contact the copyright holder directly for corrections — or for permission to republish or make other authorized use of this material, click here.