Africa: Can South Africa Repair Its Image Damaged By Xenophobia? 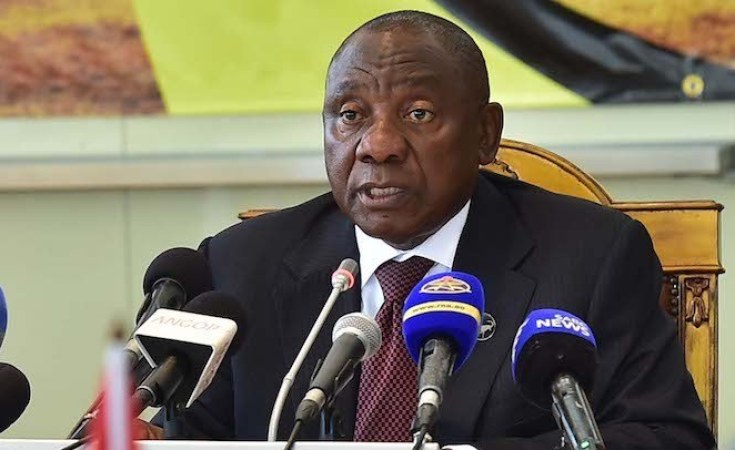 Televised footage last week showed hundreds of Nigerians queuing in Johannesburg to be evacuated to their home country. It illustrated the impact of the latest wave of xenophobic attacks targeting African foreign nationals in South Africa - on victims and on the country's relations with the rest of Africa.

In the past, Southern African countries such as Malawi and Mozambique sent buses to evacuate their citizens and leaders condemned xenophobia in South Africa. But this is the first time African countries, especially Nigeria, have reacted so decisively.

On a diplomatic level, South Africa's image on the continent was dealt another blow. Recent statements by South African diplomats and high-ranking officials such as international relations minister Naledi Pandor and the head of public diplomacy in her department show that African governments' strong reactions may have been a wake-up call.

South African President Cyril Ramaphosa also announced yesterday that a team of special envoys has been sent to Nigeria, Niger, Ghana, Senegal, Tanzania, the Democratic Republic of the Congo and Zambia. They will brief governments in these countries 'about the steps that the South African government is taking to bring a stop to the attacks and to hold the perpetrators to account'.

There seems to be a greater willingness to engage with the rest of Africa. For years this has been a significant blind spot in the country's foreign policy approaches. The government simply failed to acknowledge the impact xenophobia and scenes of violence had on how the country was viewed in Africa, and how damaging this could be for diplomacy, and South Africa's standing on the continent and the world stage.

But will this new willingness be enough to salvage the country's reputation, especially since it is chairing the African Union (AU) in 2020? South Africa also currently serves as a non-permanent member on the United Nations (UN) Security Council, mandated by the AU Assembly.

On 11 September, the AU's Peace and Security Council (PSC) held an unscheduled meeting in Addis Ababa to discuss the attacks. This is no routine affair. For crises on the continent to reach the 15-member PSC's agenda, the AU must consider it a sufficient threat to Africa's peace and security.

In his statement at the debate, South African ambassador Ndumiso Ntshinga condemned the xenophobic violence, saying 'no matter what the grievances, such actions cannot be justified; no matter the frustrations, the loss of even a single life cannot be condoned'.

The olive branch from the AU and PSC, and South Africa's call for help, is a positive development

Ntshinga assured the PSC that the government was taking all necessary steps to address the problem and to deal with the influx of refugees and economic migrants to South Africa in an organised manner. But it needed the support of fellow African countries for it to succeed.

'South Africa has absolutely no capacity to deal with this situation on her own. It is for this reason we once again call on the countries of origin, transit countries, regional and international organisations to work with South Africa to find a permanent solution,' he said.

In response, the PSC condemned the attacks and called on South Africa's government to protect targeted foreign nationals and their property. The PSC spoke of addressing the root causes of conflict and drivers of migration, and to work closely with South Africa's government. The meeting came after a statement issued by AU Commission chairperson Moussa Faki Mahamat condemning the attacks and expressing the AU's willingness to support South Africa in dealing with the issue.

This olive branch from the AU and its PSC, as well as South Africa's call for help, is a positive development. Dialogue can go a long way to start looking at solutions to this issue.

South Africa doesn't usually ask for help from its African partners. Instead, since 1994, it was the one helping war-torn African countries through peace talks and mediating in places such as the Democratic Republic of the Congo, Burundi, Côte d'Ivoire, and more recently Lesotho, Madagascar and South Sudan.

Ntshinga also noted a planned conference convened jointly by the African Peer Review Mechanism and the International Organization for Migration to discuss xenophobia and migration in South Africa. Moving away from the denialism that has characterised South Africa's responses so far is a welcome first step and will help reassure other African governments. But it's also important, in discussing migration challenges, to avoid falling into the politics of blaming migrants for South Africa's problems.

This is particularly urgent since as chair, South Africa's role will be to represent the AU on the world stage, set the agenda and preside over various AU meetings throughout 2020. The chair's role is to find consensus among the 55 member states in an organisation characterised by strong diversity on an economic and political level, and diverging views on several issues.

If South Africa wants to implement changes such as the revitalisation of Agenda 2063, work more closely with the private sector and ensure peace and security on the continent, it needs the support of other member states. This is not an easy task, even under the best circumstances.

Many in the diplomatic community in Addis Ababa feel that South Africa's government hasn't done enough to protect African foreign nationals. They believe some government officials have at times stoked feelings of hatred towards Africans as scapegoating and political currency used by politicians across party lines.

South Africa will have to take urgent steps to repair its image in the African community. It can do this by ensuring that African nationals are protected. Steps must be taken to re-enforce the rule of law and improve public order policing.

The government will have to show that it is tackling the root causes of the xenophobia, such as unemployment and inequality, and speak out clearly against xenophobic violence, at home and abroad. It also needs to deal with the issue of economic migrants in a structured and organised way.

This is critical if South Africa wants to regain the credibility it needs for a successful tenure at the AU and at other international forums where it represents the continent.

South Africa Apologises to Nigeria for Xenophobic Attacks
Tagged:
Copyright © 2019 Institute for Security Studies. All rights reserved. Distributed by AllAfrica Global Media (allAfrica.com). To contact the copyright holder directly for corrections — or for permission to republish or make other authorized use of this material, click here.