Mozambique: Nyusi Will Talk to Insurgents - If They Show Their Faces 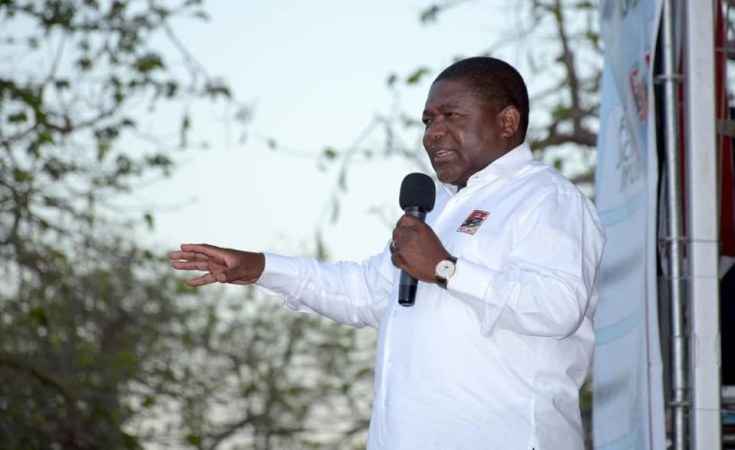 Maputo — Mozambican President Filipe Nyusi on Sunday, for the first time, admitted that the government could negotiate with the insurgents in the northern province of Cabo Delgado - but not if they remain "faceless".

Speaking at an election rally in the Cabo Delgado district of Chiure, Nyusi said "if they show their faces, we shall go and talk to them".

The insurgent group, believed to be inspired by islamic fundamentalism, began its armed activities in October 2017, with attacks on police facilities in the district of Mocimboa da Praia. Since then the terrorist raids have spread to other districts in the northern part of Cabo Delgado, such as Macomia, Palma and Nangade.

But, so far, very little is known about the insurgents, their leadership and their motivations. The group has clearly imitated the grisly tactics (such as beheadings), used by the self-styled Islamic State in Syria and Iraq, but its leaders remain in the shadows.

Nyusi asked the people attending the Chiure rally if they knew the people murdering citizens and destroying property in the north of the province. The crowd shouted back "No!"

"They don't show their faces. They are masked", he said. "You know that we go to wherever the people who kill us are living in order to talk to them".

Nyusi was clearly referring to the peace he negotiated with the former rebel movement Renamo. That involved journeys, regarded at the time as risky, to the Renamo military base in the central district of Gorongosa, to speak with the then Renamo leader, the late Afonso Dhlakama.

But the government knew who it would be negotiating with in Gorongosa, and Nyusi and Dhlakama had been in regular phone contact. It seems that nobody knows the names or phone numbers of any leader of the Cabo Delgado insurgents.

Frelimo has lost some of the support it once had in Chiure. In the 2018 municipal elections, Chiure town slipped out of Frelimo control for the first time ever, and it now has a Renamo mayor.

Nyusi urged the voters of Chiure to support "those who really work", otherwise the development of the district would be held back.

He said the Chiure market has not been improved, because Frelimo was not given the chance to develop the project it had designed for the market. Paving the main roads in the town had begun, but "everything has stopped", Nyusi added.