Announcing the constitution of the EAC in a statement yesterday, the Special Adviser to the President on Media and Publicity, Femi Adesina, said the council will be reporting directly to the President.

Adesina added that the chairman might, however, request for unscheduled meetings if the need arose.

Adesina said the EAC will be advising the president on economic policy matters, including fiscal analysis, economic growth and a range of internal and global economic issues working with the relevant cabinet members and heads of monetary and fiscal agencies.

Daily Trust reports that this would be the first time that the economic team of the president will be headed by someone outside the presidency.

Besides the special assistant to the president, all the other members of the new economic council were brought from outside the government.

The Osinbajo-led EMT, which was peopled by mostly government appointees, met only once since the second term inauguration of President Buhari.

Under different nomenclature, vice presidents had been heading the economic team of the president since 1999.

During his first and second tenure, ex- President Olusegun Obasanjo appointed his deputy, Atiku Abubakar to head his economic team.

It was the same when late Umaru Yar'adua became President in 2007 and appointed his deputy, Goodluck Jonathan to head his economic team.

After the demise of Yar'adua, Jonathan, who became president, appointed Vice President Namadi Sambo as head of his economic team.

Our correspondent reports that since 2015, President Buhari had been severely criticised for "populating" his economic team with members of his cabinet, as against what obtained in the past when ministers, heads of key economic parastatals, and economists were brought together to advice government on key issues.

Unlike the National Economic Council (NEC), which is the creation of the Nigerian Constitution, economic teams were always the initiative of the presidents, who brought on board the people they felt will help them fine-tune their economic policies.

Economic and financial experts have said the new Economic Advisory Council (EAC) is a right step in a right direction.

Dr. Teriba had previously advised the Buhari led federal government to constitute an economic council in his first one hundred days office told our correspondent on the phone that the president's move is commendation especially coming a few days after he clocked 100 days in his second term.

An economist, who is a top management staff in one of the development finance institutions who preferred to be anonymous, also said it's an "Excellent move: right step in the right direction. Quality team made up of experienced economists".

He said "From day one, the government inherited poor economy and worsened the situation by not having good economists as advisers. It's sad they wasted so much time putting square peg and in round hole."

According to him, the appointment of the seasoned economists is close to what former president Olusegun Obasanjo did.

Dr. Tyopev also expressed confidence the president will act on the advice and recommendations from the committee.

"I believe the president will act on their advice. I have no doubt about that. For instance, he met the CBN Governor, appointed under Jonathan but listens to him. He kept him and renewed his tenure," he said.

Dr. Tyopev also noted that since no one forced the president to set up the economic advisory committee, it was born out of concern for the growth of the economy, he is duty bound to respect their recommendations.

But an economist, Dr Samson Simon Galadima, who queried the basis of removal of the Vice President, said it was unconstitutional for the president to remove the VP.

He further said appointing economists and financial experts on the economic council would only have impact if the recommendations and advice are implemented.

"I thought the constitution made it clear in no uncertain terms that the Vice President to be in charge of the economy?" he said.

Prof. Salami, who is a1989 Doctorate Degree graduate in Economics of Queen Mary College, University of London, came to limelight as member of the Central Bank of Nigeria (CBN) Monetary Policy Committee.

The former lecturer at the University of Lagos, was a member of the Federal Government's Economic Management Team during the tenure of late President Umaru Musa Yar'Adua.

The economist, who served as Vice-Chair of the Alhaji Ahmed Joda-led Transition Committee of President Buhari, is a member of the International Monetary Fund's (IMF) Advisory Group for Sub-Saharan Africa (AGSA), member, Board of the Nigerian Economic Summit Group (NESG).

He currently sits on the boards of the African Business Research Ltd., First World Communities, and Diamond Pension Fund Custodian.

Prof. Soludo is a former Governor and chairman of the Board of Directors of the CBN.

The EAC member, who had worked as a consultant for a number of international organisations, including The World Bank, the United Nations Economic Commission for Africa, and the United Nations Development Programme, is a professor of economics.

Prof. Soludo, who obtained his three degrees and then professorship at the University of Nigeria, Nsukka, Enugu State, is a core professional in the business of macroeconomics.

He once held the positions of Chief Economic Adviser to former President Olusegun Obasanjo and Chief Executive of the National Planning Commission.

Dr Salisu is a Senior Special Assistant to the President, Development Policy. The EAC Secretary has his first and second degrees in Economics at the University of Maiduguri, before proceeding to Lancaster University, United Kingdom (UK) to obtain a Ph.D. in Economics.

Mr Bismarck Rewane, who holds a Bachelor's degree from the University of Ibadan, is an Associate of The Institute of Bankers, England and Wales.

He had worked with the First National Bank of Chicago (later became the International Merchant Bank Nigeria Limited) as a General Manager and Treasurer of the Bank. He also served as a Director of both Lion Bank of Nigeria and Intercity Bank Limited.

Ode Ojowu, who is a professor of economics at the University of Jos, and a Former Chief Executive of the National Planning Commission / Chief Economic Adviser to former President Obasanjo, has held positions at the International Monetary Bank, the World Bank, and the United Nations Development Programme. He is also the Chairman of the Daily Trust Board of Economists.

Dr Yahaya, who holds a Bachelor's Degree and a Master's degree in Economics from Ahmadu Bello University, Zaria, is a Doctor of Philosophy in Industrial Economics from the University of Sussex, UK.

Before he was appointed as the Chairman of the Board of Directors of Development Bank of Nigeria Plc (DBN) in March 2017, Dr Yahaya was the Bank's Interim Managing Director.

Dr Sagagi had served as the Manager in charge of the Department for International Development's (DFID) training programme in Kano. 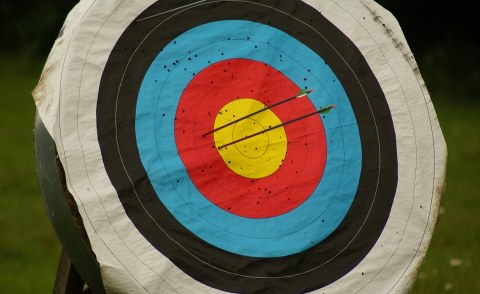 59 Today - Happy Birthday, Nigeria!
Tagged:
Copyright © 2019 Daily Trust. All rights reserved. Distributed by AllAfrica Global Media (allAfrica.com). To contact the copyright holder directly for corrections — or for permission to republish or make other authorized use of this material, click here.