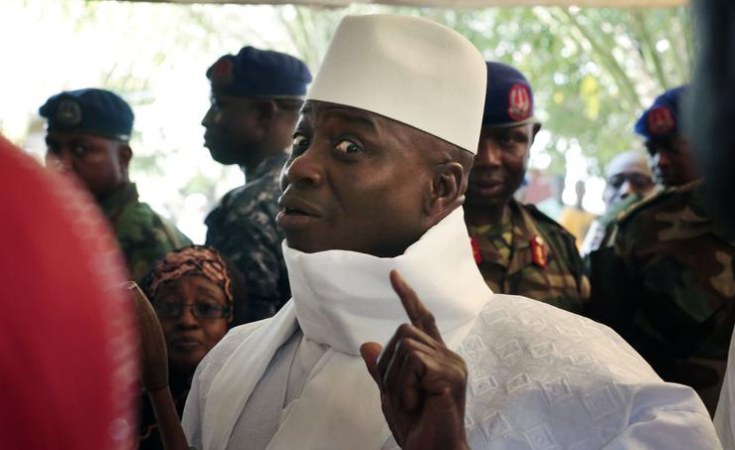 The Gambia Government said Friday it has accepted the recommendation by the Janneh Commission for Ms Sirra Wally Ndow to be banned from holding public office for the remainder of her life.

"Consequent from the Commission's recommendation that measures be taken against her and that she should not serve in any public office again or be appointed as director for any State-Owned Enterprises, Mrs Sira Wally Ndow Njie is hereby banned from holding public office for the remainder of her life. She is also banned from holding any director positions in any State-Owned Enterprises in The Gambia for ten (10) years. Both bans are effective from the date of publication of this White Paper. The monies shall be recovered from the assets of former President Jammeh," the government said in its White Paper.

Sirra Wally Ndow joined the public service commission as a Cadre Management Analyst at the National Investment Board. In 1996, she was appointed Deputy Managing Director at NAWEC until 2009. She was Minister of Energy from December 2009 to June 2009. Former President Jammeh also became Minister of Petroleum between 2012 and 2016, and Ms Sira Wally Ndow was appointed Deputy Minister from June 2015 to February 2016.

The Commission found, inter alia, that in April 2015, a Special Services Account was opened at Guaranty Trust Bank. Former President Jammeh and Ms Sira Wally Ndow were joint signatories to the account. The funds paid into the account were licensing bonuses, ie, penalties imposed for failure to meet deadlines in performance, training and contributions to the resourcing of the Ministry. The total depositsits into the account were $3,884,655.19 and total withdrawal was $ 3,856,484.

The Government however rejects the Commission's finding that Ms Sirra Wally Ndow bears personal liability for the rest of the funds, ie, the monies she unilaterally withdrew in light of the Commission's own findings that " that there was no reason to disbelief Ms Sirra Wally Ndow when she said she handed the money to former President Jammeh because it is inconceivable that he would authorise the withdrawal of the said sum and not make sure that he received it".

Consequently, the Government has decided that former President Jammeh is jointly and severally liable for the sums unilaterally withdrawn from the account by Ms Sirra Wally Ndow.

The Commission noted Ms Sirra Wally Ndow's admission that Ministers are not allowed to be signatories to accounts, and that the said account should have been opened at the Central Bank. The Government concludes that Ms Sira Wally Ndow acted irresponsibly as a Minister when she became joint signatory of the account with former President Jammeh. This is made worse by her admission that she knew that her actions were wrong at the time.

Based on the findings of the Commission, the Government went on to ban her from holding public office for the remainder of her life.

Gambia Truth Commission Begins Hearings On Gender Violence
Tagged:
Copyright © 2019 FOROYAA Newspaper. All rights reserved. Distributed by AllAfrica Global Media (allAfrica.com). To contact the copyright holder directly for corrections — or for permission to republish or make other authorized use of this material, click here.