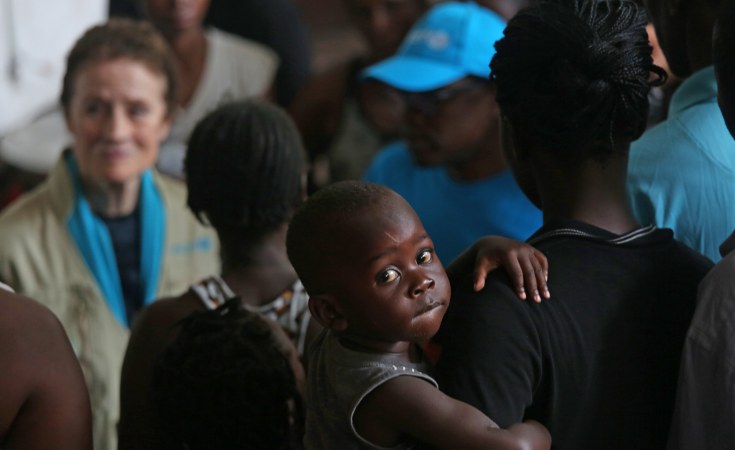 Cyclone Idai has come and gone. But six months after the national disaster ravaged three Southern African neighbouring countries, Mozambique, Malawi and Zimbabwe, a visit to one of the affected areas in Chimanimani still resembles a sad story of lives lost and damaged infrastructure while the few people spared of the cyclone wrath were subsequently dispersed.

Few weeks after the natural disaster hit, the government, corporate world, non governmental organisations as well as other stakeholders swiftly moved in to assist the survivors but certain aspects of the crisis have not been attended to.

The road network in Chimanimani's Ngangu village were left in a deplorable state making some of the areas inaccessible.

Other areas have remained inaccessible despite efforts by the Zimbabwe national Army (ZNA) who after realizing the degree of the damaged swiftly moved in to create temporary escape routs. which were then used by disaster management teams to assist those who needed help.

It has however, taken government such a long time to come up with long term plans to repair the damaged infrastructure, thus disadvantaging certain communities of certain services that they should be getting that include health delivery. This has been one of the biggest challenges since Cyclone Idai hit the country.

In an interview with 263Chat, one of the nurses at Chimanimani Rural District Hospital, Sister Tendai Masvaure, who witnessed the Cyclone Idai disaster, expressed fear that the deplorable road network could be a stumbling block to people accessing heath care delivery ahead of the new rainy season.

"The Army only constructed temporary structures and they may collapse if the volume of water increases. We will be disadvantaged since this is a small clinic and we wont be able to transfer complications in maternal health and other serious illnesses," said Str Msvaure.

"During Cyclone, the first helicopter that came to rescue came in on the fourth day as the bridges had been washed away. We had to attend to 60 casualties on the first day and more than 120 cases on the second day which was too much for a small clinic which was not stocked with not even a paracetamol,"added Masvaure.

"We have a lot of patients who defaulted during the cyclone as they could not access their medication for that period. Last week, we received rains and a lot of people are already in panic mode as most of them have not yet recovered from the previous cyclone idai trauma" said Masvaure.

The government has engaged private partners to work on the roads although progress is still at its infancy.

World Bank has promised $3 million for the refurbishment of the damaged infrastructures but nothing has been done so far.

Cyclone Idai - Thousands of People Still Homeless One Year On
Tagged:
Copyright © 2019 263Chat. All rights reserved. Distributed by AllAfrica Global Media (allAfrica.com). To contact the copyright holder directly for corrections — or for permission to republish or make other authorized use of this material, click here.