Africa: No, Kagame Did Not Call For South Africa to Be Expelled From AU 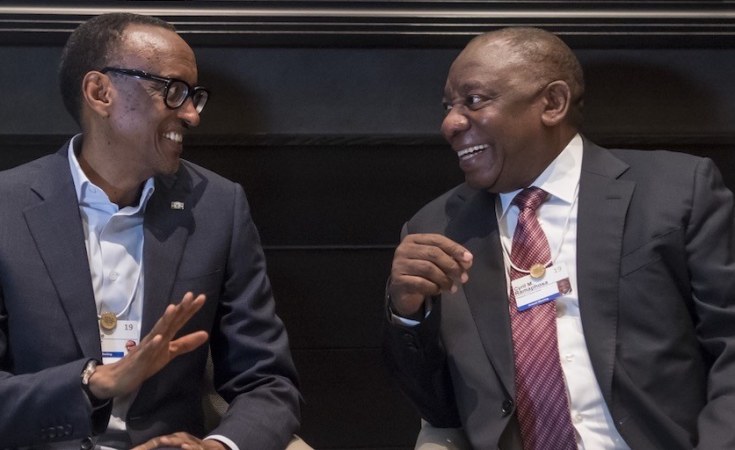 Johannesburg — President Paul Kagame's advisor, Yolande Makolo, has come out to defend his name on Twitter and to clarify reports claiming Kagame has called for the dismissal of the South African government from the African Union.

The alleged fake news come in the wake of xenophobic attacks that swept through South Africa leaving 12 people dead, including 10 South Africans.

This "story" by @beninwebtv and an earlier one in French on http:// abidjantv.net are COMPLETE FABRICATIONS. President Kagame has never said anything like this at any point, and there was no press conference on Saturday 14th. The websites must take down this FAKE NEWS.

A tweet by South Africa's Head of Digital Communications in The Presidency of the Republic of South Africa, Athi Gela, has also slammed the report. It reads:

This fake story by fake news site @beninwebtv carrying fake comments attributed to Rwandan President @PaulKagame is dangerous & aimed at sowing divisions among Africans across the continent. In the age of fake news, please verify your sources before retweeting

What's dangerous is President Ramaphosa going to Zimbabwe and apologizing for us when we haven't done anything wrong. We want foreigners who are undocumented and commit crime in our country to be kicked out, Ramaphosa hasn't addressed that. Instead he goes to Zim to apologize

Now all of a sudden realizes that there is a phenomenon called FAKE NEWS! We have been warning you about fake news but you wanted to bite our heads.Lets not be choosy now all news must trend as news, even fake news.Kagame left RSA in fury because of fake news.

When They See Us @MzwamaD

Pple who fabricated those fake news are evil & evil industries, but they should know that every word said by H.E Paul Kagame is well known, so they can't lie about his speech expecting to blind people on social media for Pple are aware & awake now,and he's an African Union fighter

Pressure on Nigerian Govt to Sue South Africa Over Xenophobia
Tagged:
Copyright © 2019 allAfrica.com. All rights reserved. Distributed by AllAfrica Global Media (allAfrica.com). To contact the copyright holder directly for corrections — or for permission to republish or make other authorized use of this material, click here.