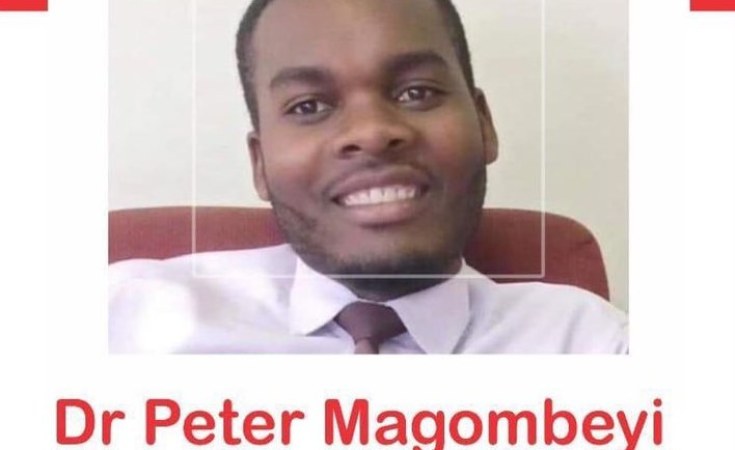 GOVERNMENT has struck the panic baton, going all out to issue multiple statements on the Saturday abduction of Zimbabwe Hospital Doctors Association acting president Peter Magombeyi.

Magombeyi was reportedly seized by unknown men from his Harare home Saturday, with signs those who have been responsible for recent abductions on government critics could be behind his disappearance.

The union leader's disappearance has sparked an outcry in the country with striking doctors declaring they will not end their job action if their colleague was not returned safe.

Church groups have, likewise, joined in, telling the authorities to end the abuses.

At a post cabinet media briefing Tuesday, Primary and Secondary Education Minister Paul Mavhima said that government was equally concerned about the disappearances.

He added, "Government has information that he has disappeared but there is no evidence to the fact that he was abducted."

"Government is equally concerned with these disappearances. It would appear that these incidences are taking place every time there is a very important international conference about to take place," said Kazembe.

State Security and Health Ministers Owen Ncube and Obadiah Moyo have also issued statements around the disappearance of the union leader.

Information Ministry Permanent Secretary Nick Mangwana Monday claimed the abductions could be the works of a "third force".

Likewise, Foreign Affairs minister Sibusiso Moyo Tuesday linked the abductions on faceless elements that were trying to soil government's image in order to spotlight on the country's rights situation.