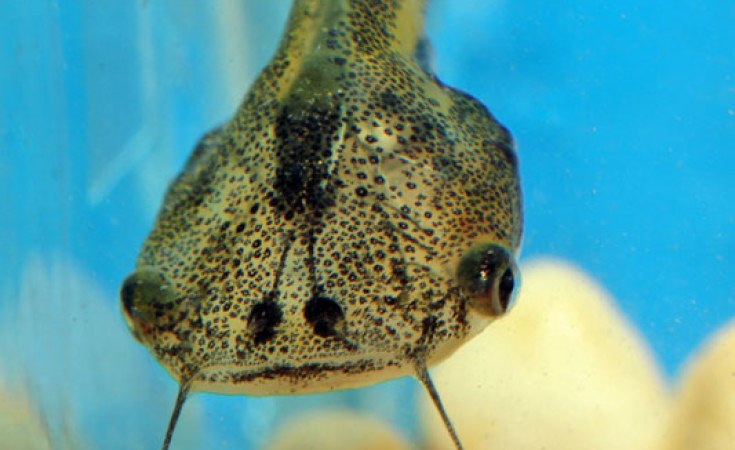 Invasive species have become an increasingly big threat to indigenous ones as the spread of alien animals and plants has accelerated with the growth of global trade. Some can be very destructive, while some live in close proximity without posing any sort of threat.

Understanding the behaviour of invasive species can provide clues on how to manage them, particularly in situations in which they threaten to wipe out indigenous species.

To survive, invasive species must be able to identify potential predators.

Species that live in water have developed particular survival mechanisms. For example, smell really matters because predators release signature odours. This means that it's essential for aquatic prey to detect predators so that they take evasive action. Several defences are possible, such as hiding or avoiding particular areas or reducing their activity.

In our study, we looked at the African clawed frog, Xenopus laevis. Though it is indigenous to South Africa it has become a globally invasive amphibian, successfully establishing populations on four continents: Asia, Europe, North and South America. In western France, African clawed frogs have dispersed over five departments (a word used to describe a certain level of government in the country) since the 1980s.

We tested whether the African clawed frog tadpoles in France had developed ways to protect themselves against local predators. We measured their reactions to three species: an invasive crayfish species, a native diving beetle species, and a non-predator snail as a control.

We found that the tadpoles did indeed take action to avoid detection. Our results show that invasive tadpoles express anti-predator behaviour to both unknown and known predators to reduce predation rates in novel environments. This, in turn, means that they are more likely to survive in new environments.

Tadpoles reduced their activity in the presence of both predators, but not in the snail's presence. Reducing activity is common in tadpoles. Staying still allows them to reduce the probability of being detected.

What was particularly interesting about the tadpoles' responses was that they were similar even through they had very different evolutionary histories with the three species we chose.

We expected the tadpoles to be more naive to crayfish than the diving beetles due to this short coexistence period. But, this wasn't the case. We found that they took evasive action when in the vicinity of both the beetle and the crayfish. This involved reducing their activity when either predator was added to the water.

When snails - a non-predator - were added to the water there was no evasive behaviour on the part of the tadpoles.

The results were unexpected because of the lack of co-evolutionary history between the African clawed frog and crayfish. Yet, tadpoles seem to recognise the crayfish as a threat.

We suggest three different possible hypotheses for this phenomenon.

Firstly, African clawed frogs evolved an anti-predator response to crayfish during their recent contact in western France. Secondly, the odours that crayfish excrete are similar to odours released by freshwater crabs, which are predators in southern Africa. Thirdly, tadpoles exhibit an innate response to any predator odours.

We can't currently select one hypothesis. But our results raise questions about how invasive populations express anti-predator behaviour to unknown predators, and reduce predation rate in novel environments.

This trait possibly explains the success of the African clawed frog.

Regardless of the mechanism behind the response, our results suggest that this behaviour may limit the ability of crayfish and beetles to control African clawed frog tadpoles in France.