In response to an outbreak of Yellow Fever in Bauchi State, Governor Senator Bala Mohammed on 12 September 2019 initiated a vaccination campaign against the disease in Alkaleri Local Government Area (LGA).

"This is yet another milestone in our efforts to deliver effective and efficient healthcare services to the doorsteps of our people," Governor Mohammed said at the launch ceremony at Abubakar Tafawa Balewa Airport.

The Yellow fever vaccination campaign will last seven days until 19 September 2019 during which time health workers aim to vaccinate 500,000 people above the age of 9 months.

There has been an ongoing Yellow fever outbreak in Nigeria since September 2017. Since the start of this year, all states have reported at least one suspected case.

A case of Yellow Fever was notified in Bauchi State last month. This confirmed case was a patient who had visited the Yankari National Park in Alkaleri LGA. Since then, a total of 51 suspected cases, including nine deaths have been identified, in Bauchi State. In addition to Alkaleri LGA, where 70% of all cases have been reported, cases have also been reported in Bauchi, Dass, Ganjuwa, Tafawa Balewa and Toro LGAs.

WHO has played an important coordination role in the outbreak investigation and response, including assisting the state to develop a robust outbreak response plan, according to Dr Adamu Ibrahim Ningi, WHO coordinator for Bauchi State, who was also present at the campaign launch.

WHO will continue to support community surveillance for active case search, health worker training for case management, and community information and education initiatives throughout the State.

Yellow fever is an acute viral haemorrhagic disease transmitted by infected mosquitoes. The "yellow" in the name refers to the jaundice that affects some patients. Symptoms of yellow fever include fever, headache, jaundice, muscle pain, nausea, vomiting and fatigue. Vaccination is the most important means of preventing yellow fever. A single dose of the Yellow Fever vaccine provides immunity for life.

At the event, the Governor also called for a State Health Summit in which all health partners were invited to participate in devising a plan that will dramatically improve health indices in the state. The Governor aims to hold the summit within a month.

Governor Mohammed declared a state of emergency in the health sector in June 2019 soon after he took office. He has made the delivery of healthcare a key priority, with more than 16% of the state's budget allocated to the sector. 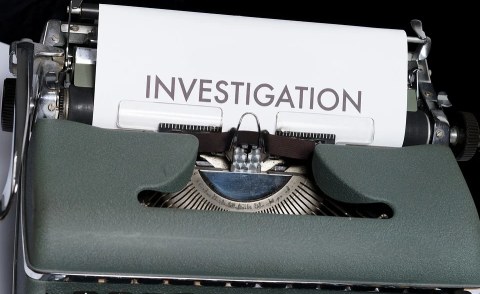 18 Die From Yellow Fever in Nigerian State
Tagged:
Copyright © 2019 World Health Organization. All rights reserved. Distributed by AllAfrica Global Media (allAfrica.com). To contact the copyright holder directly for corrections — or for permission to republish or make other authorized use of this material, click here.