Africa: Climate Change - A Race We Must Win 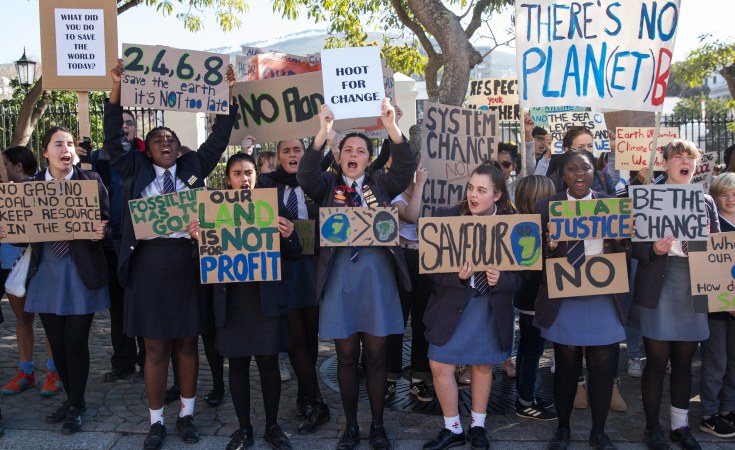 The timing of the Climate Action Summit later this week, only three months before the annual meeting of the United Nations Framework Convention on Climate (COP25), hints at the growing sense of urgency among world leaders to tackle climate change head-on.

On 23 September 2019, governments and non-state stakeholders will gather in New York to attend the UN summit, whose goal is to accelerate action against climate change in light of recent reports by the UN agency responsible for assessing the science related to climate change (the Intergovernmental Panel on Climate Change, IPCC), and worldwide youth climate strikes.

Indeed, the Climate Action Summit will be preceded by a Youth Climate Summit on 21 September, permitting young people to engage with policymakers at the highest level around the threats that climate change pose to present and future generations. The Summit also takes place alongside the General Debate of the UN General Assembly, which has taken as its theme this year “galvanising multilateral efforts for poverty eradication, quality education, climate action and inclusion”.

The necessity of an additional summit to ‘boost ambition and accelerate action’ against climate change reflects not only the worrying findings of the latest IPCC report, but also the rising frustration of ordinary citizens in response to what they view as inadequate political leadership in addressing climate change.

Throughout the year, various youth climate strikes, including ‘Fridays for Future’ and ‘Extinction Rebellion’ have taken place. In Greta Thunberg, the Swedish teenage climate activist who has been grabbing headlines this year, ordinary citizens, particularly the young, have found a spokesperson. Thunberg will attend the Climate Action Summit, having sailed rather than flown to New York from Europe to reduce her carbon footprint.

The growing awareness of the possible ramifications of climate change and the inadequacy of the political response so far have led many to call for a change in how we speak about the challenges we face: “climate change” is passé, instead we should be speaking of “climate crisis” or “climate breakdown”.

Last year the United Nations Secretary General António Guterres adopted the language of “climate crisis”, calling this a direct existential threat to humankind. The dimensions of this crisis have been articulated in the Special Report on Global Warming of 1.5°C by the IPCC, which warns of the grave consequences of a 1.5°C global mean temperature increase. In order to keep the planet below 1.5°C, Greenhouse Gas Emissions (GHG) need to be cut soon. However, the IPCC and the International Energy Agency warn that current GHG emission trajectories do not show any sign of slowing down and that current climate action strategies need to be stepped up before it is too late.

Guided by the theme ‘A Race We Can Win. A Race We Must Win,’ September’s Climate Action Summit will bring together various stakeholders to formulate implementable, scalable and replicable plans to enhance the Paris Agreement commitments and essentially give climate action one last push ahead of COP25. Because the Paris Agreement commitments will be renewed next year, 2019 is an important milestone and opportunity to reassess current climate change mitigation and adaptation measures.

To understand where gaps and opportunities lie to boost climate action, it is useful to take stock of what the global community has currently achieved and what is lacking in terms of climate change mitigation and adaptation.

Climate change mitigation (actions taken to reduce GHG emissions) has made the most headway. Strong political commitment has meant that mitigation policies, measures, plans and action have continued to expand. At present, 183 parties have submitted their Nationally Determined Contributions (NDCs) under the Paris Agreement – 177 of these contain a vision for low-emission development.

Under the current UN reporting framework, only developed countries are required to assess progress towards achieving their 2020 emission targets. Nonetheless, 43 developed country parties have reported positive progress, with seven already reporting emissions lower than their 2020 target (the EU’s 28 member states are considered a single party).

The upcoming Climate Action Summit provides an important opportunity to reassess and enhance climate mitigation measures in light of new findings. A particular focus will be on the two largest carbon-emitting countries in the world: the United States and China.

The first round of NDCs emphasised the need for climate change mitigation, with less focus on adaptation. Although many developing countries have begun to formulate National Adaptation Plans (NAPs), an assessment by the UN Framework Convention on Climate conducted in January this year found that none of the countries that had submitted NAPs had implemented any of the policies or projects stipulated therein. The majority of adaptation work still lay in groundwork phases – with large gaps in implementation strategies.

Although mitigation is crucial for keeping global temperatures below dangerous levels, adaptation needs more attention, as the effects of climate change are already playing out – especially in the developing world. Effective implementation of adaption measures is vital for Africa, as the continent is especially vulnerable to climate impacts and currently lacks the capacity to respond appropriately.

In light of the current GHG emission trajectories and the limited attention given to climate change adaptation, parties attending the upcoming Climate Action Summit should turn their gaze towards solutions such as Ecosystem-based Adaptation (EbA).

While EbA presents itself as an adaptation measure, its benefits span not only adaptation, but also mitigation and socio-economic upliftment. Through the sustainable management and governance of ecosystems, resilience to climate change implications is enhanced and communities are supported in adapting to current and future climate change ramifications, hence strengthening livelihoods. Additionally, EbA measures such as mangrove restoration act as ‘carbon sinks’ – contributing to the reduction of GHG emissions.

The protection of many of the world’s planetary boundaries and healthy ecosystems lie in the hands of the African continent, however EbA remains largely absent from climate change response measures. The Climate Action Summit, under the ‘Nature-based Solutions’ working group provides an important opportunity to include EbA into plans to enhance and accelerate actionable ideas in terms of Climate Action.

Priyanka Ukabhai is a Junior Researcher at the South African Institute of International Affairs.