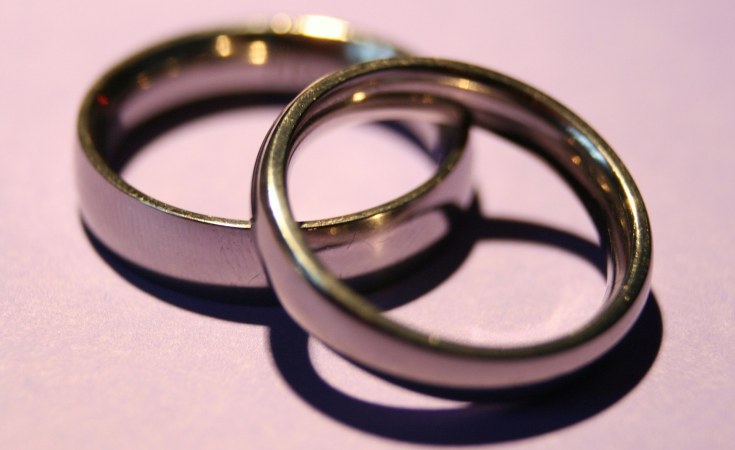 Democracy Works Foundation celebrates a landmark ruling made by the High Court of eSwatini which enables women to be granted the full right to be a legal person; and are enabled to buy or sell property or land, sign contracts or conduct legal proceedings without the consent of their husbands.

The case challenged the inconsistency of Section 24 and 25 of the Marriage Act, 1964 with Sections 18, 20 and 28 of the Constitution of eSwatini, Act No.1 of 2005, which granted marital power to men while perpetually subduing married women to minority status.

The Marriage Act had upheld inequality between men and women, racially discriminatory and void for vagueness with its reference to "Africans" as it read:

Marital power is defined as the right of the husband to rule over and defend the person of his wife, and administer her goods in such a way as to dispose of them of his own will, or at any rate to prevent his wife dealing with them except with his knowledge and consent.

The Case Translation to Women's Rights

The inroads made by this case (No.1403/16 - Sacolo vs Sacolo), means that women can now granted the full right to be a legal person; and are enabled to buy or sell property or land, sign contracts or conduct legal proceedings without the consent of their husbands. Macro‐level factors such as national contexts and the family institution influence how much power one partner has over the other.

With the cultural dominance accompanying patriarchy, marital power became extended to the marital family of the woman, particularly elder brothers and uncles of the wife's husband; who would unjustly exercise marital power on his behalf in cases where he is deceased. This practice disadvantaged widowed women who would even find themselves evicted from their marital home by the husband's family.

In passing the judgment, the Court appealed to the Constitution of the Kingdom of eSwatini with reference to Section 20 and 28 which broadly provides for equality before the law of men and women; and further pointed out that it was indeed unfair for women to have to go through an additional legal process through ante-nuptial process to preserve their Constitutional right to equality and dignity of person.

The court further found that the reference to "Africans" in the Marriage Act is not only discriminatory but also void for vagueness. The Court declared marital power unconstitutional, and that spouses married in terms of the Marriage Act have equal capacity and authority to administer marital property; and that Section 24 of the Marriage Act, 1964 is struck down except for the portion which reads, ".

While the context of the judgment was made based on family law and personal property rights, it purposive application relating to the eradication of marital power doctrine would have wider application to the public sphere. Broadly interpreted, the judgment means that women no longer need to request the permission of their husbands to stand for elections and hold public office.

Considering the minimal representation of women in politics in particular, which saw only 14% running for seats at parliamentary and indvuna yenkhuna levels there is hope for greater improvement. While celebrating this landmark ruling, we also remain cognisant of the task lying ahead for civil society stakeholders in disseminating and unpacking through programs and campaigns, this judgment towards changing attitudes and long-standing patriarchal values in eSwatini and the eventual eradication of the marital power doctrine.

Other similar cases have seen victory for women's rights in eSwatini in Doo Aphane vs Attorney General (12/2009) SZHC32; in a matter challenging the unconstitutionality of the Deeds Registry Act No.37 of 1968 - section 16 (3). The section restrained women married in community of property from registering properties jointly with their spouses.

The Court ruled that pending the enactment of legislation by Parliament, the Registrar of Deeds is authorized to register immovable property, bonds and other real rights in the joint names of husbands and wives married to each other in community of property. The Sihlongonyane vs Sihlongonyane (470/13) 2013 SZHC 144 had put to the test the issue of marital power but was however not fully abrogated as the judgment was only granted in merits.

This progression in legal reform will have a positive impact on women's economic status in eSwatini and is bound to have a rippling effect on other spheres of their socio-political life. Women will not only be guaranteed security of property ownership, but this development is bound to have positive spill-overs in their socio-economic development statuses and arguably the state of political participation and inclusion of women in the country.

While the state of legal re-alignment to the Constitution progresses, eSwatini has also shown adherence to international human rights instruments and accompanying accountability mechanisms. The CEDAW Committee in 2014 had made a recommendation to eSwatini to repeal the doctrine of marital power in order to ensure full compliance with Article 15 of the Convention so that women have identical legal capacity to that of men to be able to conclude contracts and to administer property as well as to sue or to be sued in their own right.

Tagged:
Copyright © 2019 Democracy Works. All rights reserved. Distributed by AllAfrica Global Media (allAfrica.com). To contact the copyright holder directly for corrections — or for permission to republish or make other authorized use of this material, click here.