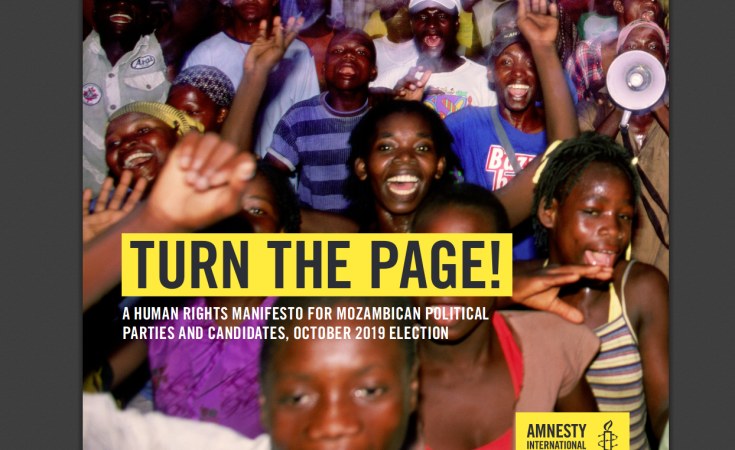 Maputo — A prominent Mozambican NGO, the Centre for Democracy and Development (CDD), on Tuesday accused the country's political parties of being the main violators of human rights during election periods, which have regularly been stained by acts of violence.

Speaking at a round table in Maputo, the CDD Executive Director, Adriano Nuvunga, declared "the political parties have use the political cycles to violate human rights. The electoral violence that is taking place is a serious human rights violation".

Nuvunga stressed the importance of placing human rights at the centre of political discourses at election times. These were periods when the authorities have a particular obligation to respect, protect and promote human rights.

He urged the parties, particularly those represented in the Mozambican parliament, the Assembly of the Republic, to turn the page and show greater respect for human rights, refraining from violence during elections, which undermines the effort to build a democratic state.

Luis Bitone, the chairperson of the National Human Rights Commission (CNDH), challenged the political parties to make a public commitment to defending the rights enshrined in the Mozambican Constitution, and all the regional and international human rights treaties to which Mozambique is a signatory.

The Secetary for Communication and Image of the Central Committee Secretariat of the ruling Frelimo Party, Caifadine Manasse, guaranteed that the Frelimo election manifesto for the October general and provincial elections, includes strategies to safeguard human rights as an obligation of the party and of the government.

"It was because we want to guarantee human rights that we recognise and register peace and reconciliation, the consolidation of the democratic rule of law, and the promotion of social justice as essential conditions for development", stressed Manasse.

For his part, Lutero Simango, head of the parliamentary group of the opposition Mozambique Democratic Movement (MDM), said that, faced with the current stage of human rights violations in the country, the Mozambican state should be "re-invented", with a clear and effective separation of powers, for the good of justice and democracy.

"We have to move away from an apparent separation of powers, to an effective reality", said Simango. "It makes no sense that the Head of State continues to hold excessive powers. The President of the Republic should not appoint office-holdiers in the bodies of the administration of justice".

Although it was invited, the largest opposition party, Renamo, did not attend the event.