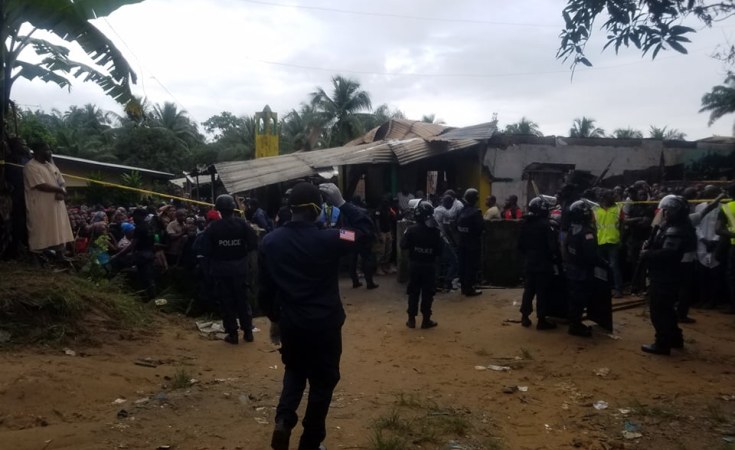 Liberian Observer
The scene of the fire in which dozens of children died.
The New Dawn (Monrovia)

A mother of one of the 28 victims who died in a tragic fire disaster Wednesday morning, 18 September, Madam Fatu Jallo went unconscious several times while trying to talk to reporters.

She had gone to the incident scene to verify information about the fire that killed about 28 people, including her child, but she went unconscious several times while being interviewed by reporters.Raging fire killed at least 28 persons, predominantly students at an Islamic dormitory in Bassa Town Community, Paynesville City outside Monrovia where they went to recite the Quran.

Residents of the community say they encountered difficulties in breaking into the building to rescue the kids, most of them ages 10 and above, because it is protected with iron bars at the door and windows as part of security measures against high wave of criminalities.A teacher who slept in the building along with the kids and the Imam's wife who tried to save the children died along with the kids.

The Imam's wife is said to have saved the first two kids and then returned in the building, but she never survived this time around.President George Manneh Weah and scores of senior government officials visited the pathetic scene Wednesday, September 18, to sympathize with the bereaved families.

He visited the campus of the Malaka Arabic Center situated in the Bob Taylor Community where the children died to see the level of damage the fire has caused.The cause of the fire is yet to be established.

President Weah encourages the bereaved families to take courage in God, expressing the government's commitment to be with them and provide whatever assistance that is necessary.Majority of the victims are said to come from the Fula tribe.In a related development, Mr. Kimmie Weeks, former candidate in the Montserrado County Senatorial by-election, has also visited the incident scene and met with the bereaved families.

Weeks expressed his condolences to the parents of the children and the relatives of the two adults who died in the fire incident.Meanwhile, the remains of the victims were laid to rest Wednesday following their examinations by the Liberia National Police (LNP) Forensic Team.The corpse were sealed in plastic bags and buried in a mass grave Paynesville after Islamic prayers were offered at 2 O'clock.By Emmanuel Mondaye-Edited by Winston W. Parley 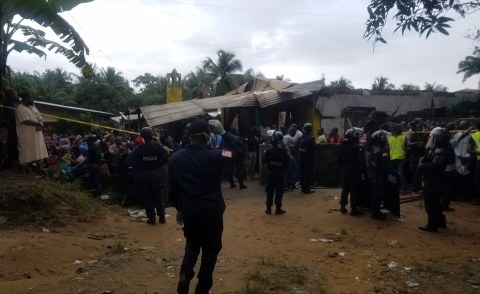 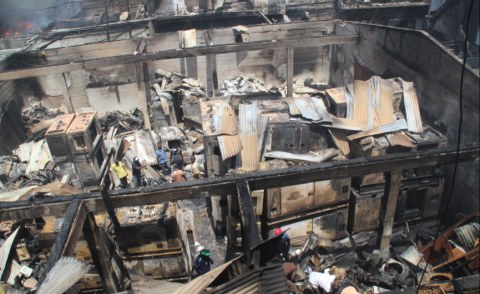 Fire Razes Major Liberian Shopping District
Tagged:
Copyright © 2019 The New Dawn. All rights reserved. Distributed by AllAfrica Global Media (allAfrica.com). To contact the copyright holder directly for corrections — or for permission to republish or make other authorized use of this material, click here.