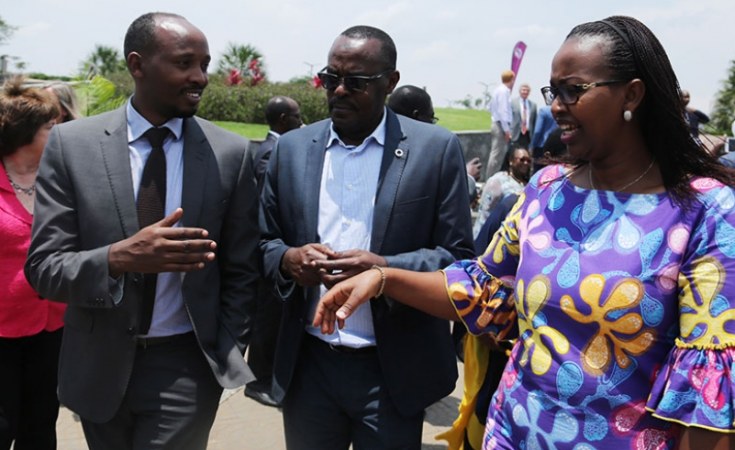 Medics say that there should be efforts to upgrade palliative care in villages.

Palliative care is an approach that improves the quality of life of patients and their families facing problems associated with a life-threatening illness, through the prevention and relief of suffering by means of early identification and impeccable assessment and treatment of pain and other problems, physical, psychosocial or spiritual.

Rwanda started making gains in palliative care in 2011 when the Ministry of Health, through the Rwanda Biomedical Centre, adopted the implementation of the World Health Assembly Resolution of Integrating Palliative Care into the existing Health System.

Later in 2014, a morphine production programme was commenced, in a bid to reduce dependence on importing the important pain killer from foreign countries so as among other things to boost access of the drug for patients in the country - a good development towards the progress of Palliative Care.

With these and more developments, medics see many positives; however, some say there is need for efforts to make such services more accessible to rural patients as they are to their urban counterparts.

In an interview with The New Times, Scholastic Ngizwenayo, the in-charge of Social Affairs at the Rwanda Palliative Care and Hospice Organisation, a Non-Governmental Organisation comprising of medics with interest in palliative care, said that despite the fact that a lot has been done in integrating such services in hospitals across the country, people in rural areas still lag behind mainly due to lack of adequate information about the programs,

"The ministry has reached out to hospitals in rural areas training medics concerning palliative care. But I think more efforts are needed in the form of going deeper in the villages telling citizens about palliative care, so that patients, wherever they are, get that kind of care so as not to suffer pain and desperation," she said.

Of the 54.6 million deaths recorded in 2011, 66 per cent of those were due to NCDs and life-limiting disease.

According to the World Health Organisation, 40 million people worldwide could benefit from palliative care and yet less than 14 per cent receive it.

Among those in need of palliative care at the end of life, 78 per cent are in low and middle-income countries, yet, according to Diane Mukasahaha, the National Coordinator of Palliative Care under the Rwanda Biomedical Centre that kind of care sounds new, not only to Africa but even to the rest of the world.

Countries previously put a lot of efforts on prevention and treatment of diseases, paying little attention to the care that a person may need when it has been ascertained that is going to die.

In an interview with the media, Dr Patrick Ndimubanzi, the State Minister in Charge of Public Health and Primary Healthcare, sounded a call to Rwandans to learn that palliative care services exist in the country and they should make use of them,

"What we request Rwandans is to know that these services are available and they should ask for them when they need them," he said.

"Patients should not be abandoned by their caretakers, there is a way now to care for them".