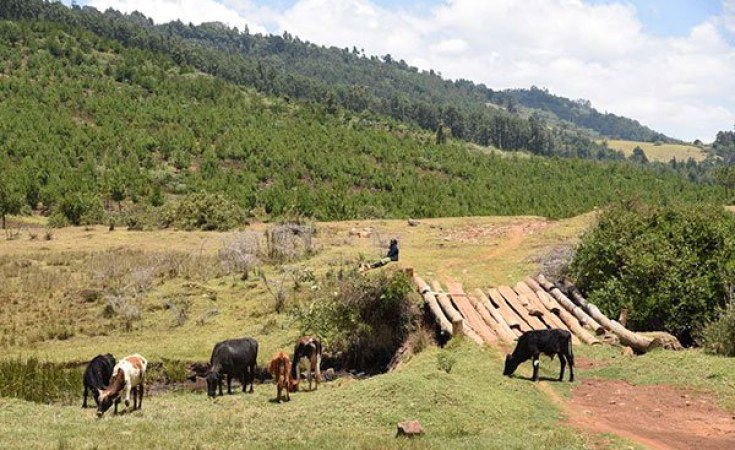 Daily Nation
The area where the Kimwarer dam would have been built in Elgeyo-Marakwet.
The Nation (Nairobi)
By Jill Namatsi

President Uhuru Kenyatta on Wednesday cancelled the Sh22.2 billion Kimwarer dam project following an investigation that established that it was technically and financially unfeasible.

President Kenyatta also issued an order for commencement of the Sh28.3 billion Arror dam project as the technical committee he appointed to look into the developments found it economically viable.

The investigation followed revelations that the projects were non-existent yet billions had been pumped into them.

They are among more than 10 individuals charged Tuesday with multiple counts including abuse of office, conspiracy to commit an economic crime, conferring a benefit and single sourcing for the insurance of the projects, and approving payment contrary to the law.

The President made the decisions after receiving the report of the technical committee he formed after allegations of irregularities.

Regarding Kimwarer, the team led by Infrastructure PS Paul Maringa reported that it was over-priced.

"The committee established that no current reliable feasibility study had been conducted on the project," stated a statement from State House.

The team also noted that only study on a similar project was conducted 28 years ago and that it revealed a geological fault across the 800-acre project area.

"This would have negative structural effects on the dam," it said, adding residents would be displaced, resulting in the need for compensation.

On the technical design, the team said pumping would be required for water supply and that this would be unsustainable.

President Kenyatta gave the go-ahead for the Arror project as the team found it economically viable.

However, since it was also found to be overpriced, a cost rationalisation plan was recommended.

In addition, the team advised that is height be reduced from 96 metres to 60 metres, as the latter was found to be unviable.

"The report said, "The optimised dam will be technically viable since it will only require about 250 acres of land and cost Sh15.4 billion with power and Sh13.1 billion without power."

With these modifications, work on the dam will begin immediately.

The other members of the committee were Quantity Surveyor and engineers Benjamin Mwangi and John Muiruri.

Kenya Loses Money Like Water in Advance Dam Payment
Tagged:
Copyright © 2019 The Nation. All rights reserved. Distributed by AllAfrica Global Media (allAfrica.com). To contact the copyright holder directly for corrections — or for permission to republish or make other authorized use of this material, click here.