South Africa: Ramaphosa Calls On Mkhwebane to Explain Where She Got His Cr17 Emails 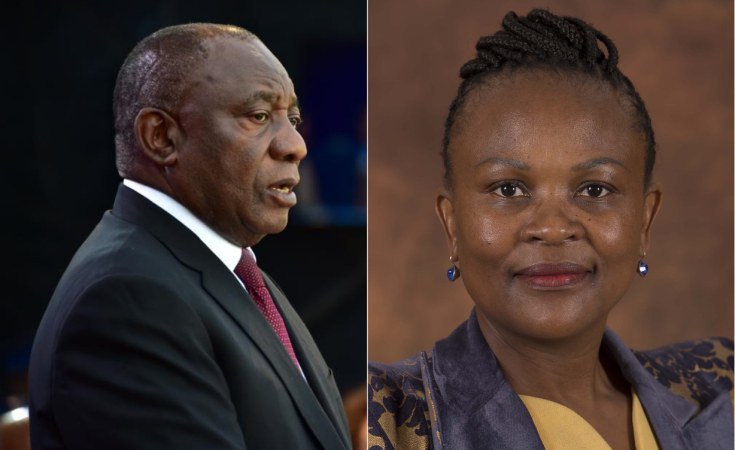 President Cyril Ramaphosa has issued a challenge to Public Protector Busisiwe Mkhwebane to come clean on how she got hold of his private emails surrounding the CR17 campaign.

At the same time, Ramaphosa has accused Mkhwebane of breaking the law when she used the emails in her report that centred around a R500 000 donation to his successful 2017 campaign to win the ANC leadership battle.

His call on Mkhwebane, in court papers, came amid an investigation by the Directorate for Priority Crime Investigation (DPCI, or the Hawks) and crime intelligence seeking to establish the origin of the leak, as reported by News24 earlier this month.

Mkhwebane's investigation surrounded a donation by the late Bosasa CEO Gavin Watson, who was embroiled in allegations of corruption for more than a decade, to Ramaphosa's campaign.

In a supplementary affidavit submitted as part of Ramaphosa's ongoing review application of Mkhwebane's report, he specifically addressed the emails.

According to the rules of court, when a legal review is brought of a report such as Mkhwebane's, all the records - every document, letter, transcripts of interviews and every piece of evidence - must be filed as part of the court application. This is known as the Rule 53 record.

Ramaphosa's affidavit comes after his legal team was able to examine the record in detail.

Mkhwebane stated in her report the emails proved he had direct knowledge of who had donated to the campaign, despite his denial that he did not know about Watson's donation.

News24 first reported on the emails in August, revealing how campaign managers had consulted Ramaphosa before approaching potential donors, and asked him to personally contact other donors.

This report is annexed to Ramaphosa's papers as proof that the emails were leaked to the media before Mkhwebane filed them with the court.

The same emails, which were sent between Ramaphosa and campaign managers on their secure alexio.online email accounts, were filed as part of the Rule 53 record with the Pretoria High Court.

News24 reported the alexio.online email server was set up by cyber security consultant Alexio Papadopulo, who was paid R4.8m by the CR17 campaign to run IT operations and security for the campaign.

Papadopulo is suspected of being the leak, but is co-operating with law enforcement probes. He also authored a server report, which has been seen by News24, which sets out the email server he had set up and managed was not infiltrated, and he believed laptops used by Ramaphosa's advisers were hacked.

Ramaphosa revealed all the emails Mkhwebane had obtained were sent via the alexio.online email server.

"In the circumstances, these emails could only have been obtained unlawfully."

Ramaphosa also revealed his attorneys had asked Deputy Judge President Aubrey Ledwaba to direct Mkhwebane to provide the metadata of the emails, or the data of the email through which they were sent to the Public Protector.

"This will enable me to trace the source of the emails which relate to the private affairs of the CR17 campaign and to determine whether they were lawfully obtained by the Public Protector," he stated in his affidavit.

Ledwaba, after hearing arguments from attorneys for both sides, granted an order effectively sealing the court records.

Despite this order, bank statements obtained by Mkhwebane and the emails were leaked to the media.

"I call on the Public Protector to explain how and from whom she received the abovementioned emails."

Ramaphosa also set out how Mkhwebane never afforded him an opportunity to respond to the emails.

According to his affidavit, Mkhwebane only revealed she had the emails in her final report, and made no mention of them in notices sent to all parties involved.

Similarly, Mkhwebane mentioned an anonymous whistleblower in her final report that did not appear in the preliminary versions, however, Ramaphosa does not deal with this in court papers.

Mkhwebane is expected to file a responding affidavit in due course.

Ramaphosa was granted an interim interdict prohibiting Mkhwebane from enforcing the remedial action in her report last month, pending his final review application.

The court is expected to hear two applications by the EFF and the Information Regulator, who are seeking to join as friends of the court, on October 3. 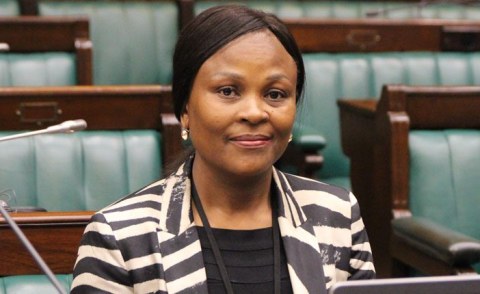 Court Sets Aside 'Reckless' Report by South Africa's Mkhwebane
Tagged:
Copyright © 2019 News24Wire. All rights reserved. Distributed by AllAfrica Global Media (allAfrica.com). To contact the copyright holder directly for corrections — or for permission to republish or make other authorized use of this material, click here.

Somalia Rejects AU Envoy Because of Ties with Kenya
Sport