Zimbabwe: Doctors Strike - No One to Certify Deaths At Parirenyatwa 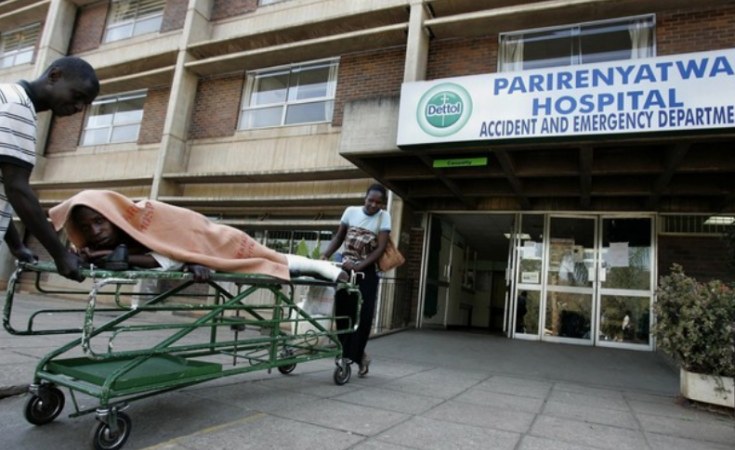 The strike by medical practitioners over the abduction and disappearance of their colleague Peter Magombeyi has wrought untold suffering to a great many people.

A visit to the country's biggest referral health institution Parirenyatwa Hospital revealed a shocking sight and relatives of the sick telling horrific stories.

NewZimbabwe.com heard that three people died Thursday morning, but there were no doctors to certify the deaths until a few from the army arrived in the afternoon with the bodies still on the beds.

"As it is in the morning three people died but because only a few nurses are working. You know only doctors are allowed to certify a person dead. There was none," said a nurse who requested anonymity.

"The nurses are now forced to just leave the bodies on their beds until a doctor comes. In this case they had to wait for army doctors."

Part of Parirenyatwa Hospital's C1 and C2 wards which have capacity to take in 100 patients, only had 11.

Staffers said the hospital had send away most patients on Monday keeping "only those in critical conditions" but with non one to attend to them.

"We discharged most patients on Monday, except for those who are very critical. Government promised to send doctors from the army but we really have not seen much of them," another worker said.

Magombeyi was seized by three unknown men on Saturday and is still to be found.

Government on Tuesday said it has launched a manhunt for Magombeyi and claims there is a third hand in the spate of abductions that have rocked the country targeting human rights and political activists.

The health workers have been protesting since Monday demanding Magombeyi's safe return but on Wednesday they were stopped by anti-riot police as they sought to petition Parliament, which was then successful on Thursday after High court had barred the police from blocking the doctors.

The petition was however handed over on Thursday after a High Court interdict.