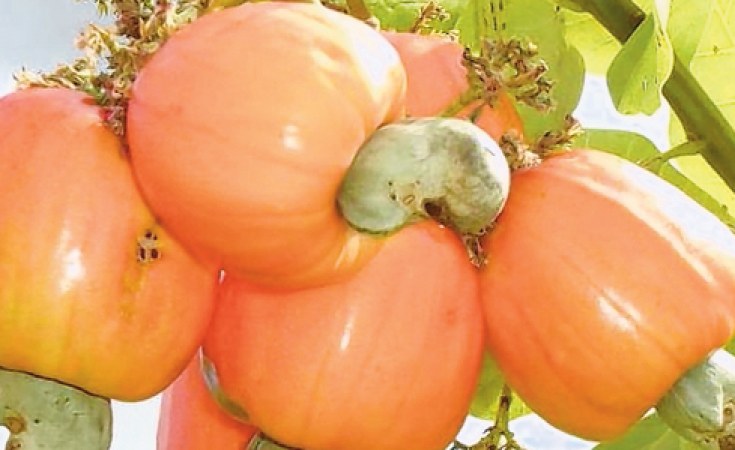 CASHEWNUT growers in the country have a reason to smile after the government yesterday unveiled a trans- parent system in commodity auctions to be used in the 2019/20 season with buyers now required to bid online, while farmers will be given an opportunity to choose the highest bidder.

The online platform, which runs through TanzaniaMercantile Exchange (TMX), will connect farmers, buyers and regulators with growers given to access and be able to see a market situation from wherever they are. TMX is a commodity exchange in Tanzania that was set up to help various farmers access the domestic and global market better and ob- tain a fair price in the selling of their produce.

Interested buyers both within and outside the country will be required to register with the Cashew nut Board of Tanzania through the Ag- riculture Trade Management Information System (ATMIS) available on the web- site of the Ministry of Agriculture.

Launching the 2019/20 cashew nut buying season in Dar es Salaam yesterday,Minister for Agriculture Japhet Hasunga said qualified buyers would be required to deposit bid security depending on the num- ber of cashew nut tonnes they have through a settlement account.

The minister added that they expected to meet with stakeholders on September 30 to inform them about the new system to be used in auctioning cashew nuts for them to air their views.

Mr Hasunga clarified that buyers from outside the coun- try could access the platform wherever they were without be- ing forced to have companies in Tanzania, instead they would be sponsored by a settlement bank identified by TMX.

He revealed that domestic and foreign buyers would be al- lowed to buy raw cashew nuts between 50 and 500 tonnes depend- ing on demand.

"The amount of cashew nuts sold at each auction will be based on the information available in the sales catalogue.

The buyer will have to purchase all available cashew nuts in the stake in one session to facilitate the delivery of cashew nuts to a warehouse using the first-in, first- out (FIFO) procedure."

He noted that the govern- ment through the Cashew Nut Board, TMX and the Warehouse Receipts Regulatory Board (WRRB) were through with preparations in the new trading season.

The board has also com- menced registering local buyers.

In the last Parliament, Deputy Minister for Agriculture Hussein Bashe said already 19,000 tonnes of sulphur powder was available for the 2019/20 season out of 30,000 tonnes required.

He also said 270,000 litres of liquid pesticides were already in Tanzania out of 500,000 litres needed for the whole season.