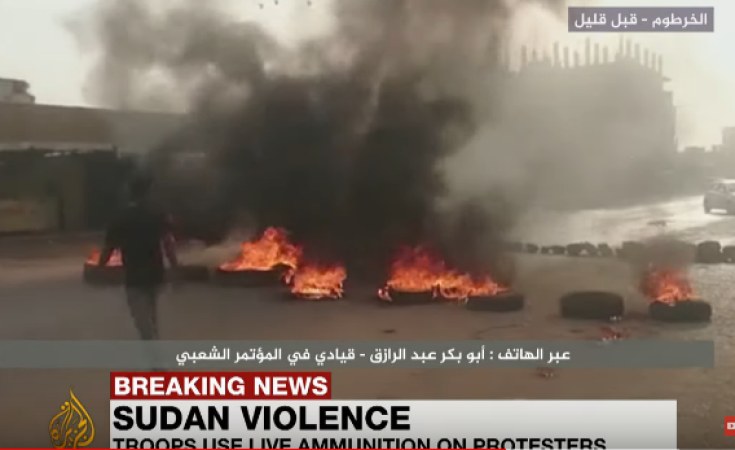 Al Jazeera English/YouTube
Security forces in Sudan moved in to break the sit-in outside the army headquarters.
Radio France Internationale

Sudan's new civilian Prime Minister Abdalla Hamdok announced late Saturday that he is opening an investigation into the brutal crackdown of demonstrators at a sit-in in Khartoum that protesters say killed some 128 people and wounded hundreds more.

The investigation will be led by a seven-member committee that includes two attorneys, a top judge and someone who is independent. Members of the justice, interior and defence ministries will also be represented on the panel.

He maintains that the investigation should be concluded within six months, and will look to the African Union if support is needed.

Protesters demanded an independent, international probe as part of their power-sharing agreement with the military, but the Sudanese generals in the government required it be conducted by Sudanese.

Sudanese prosecutors in July said that the deaths at military headquarters on 3 June were not ordered by ruling generals. They blamed the paramilitary Rapid Support Forces (RSF), also known as the Janjaweed, who disobeyed orders.

The order was given to clean up an unruly area near the sit-in that had become a point for "drug dealers and other criminals."

Eight RSF officers have been accused of crimes against humanity in relation to the deadly crackdown in June.

The protests that began late last year ousted President Omar al-Bashir in April, but the crackdown in Khartoum and across the country in June nearly derailed the peace process to transition to a civilian government.

State of Emergency Imposed in Port Sudan After Clashes

French Bank Linked to Former Sudan Regime's Abuses
Tagged:
Copyright © 2019 Radio France Internationale. All rights reserved. Distributed by AllAfrica Global Media (allAfrica.com). To contact the copyright holder directly for corrections — or for permission to republish or make other authorized use of this material, click here.