New York — President Peter Mutharika and ministers that have accompanied him to this year's United Nations General Assembly in New York have a busy schedule consisting of various high level meetings.

Addressing the General Assembly aside, Mutharika is also expected to attend the opening of the Climate Action Summit. This summit is a UN Secretary General led initiative that aims to reinvigorate the global and member states commitments to Climate Action and Activities.

Minister of Foreign Affairs and International Cooperation, Francis Kasaila said the summit is expected to bring together governments, private sector, Non Governmental Organisations and other stakeholders to strategise on how to address climate change leading up to 2030.

Kasaila said Mutharika is expected to give a Least Developed Countries Commitment on behalf of member states for three minutes.

"Mutharika is also expected to attend the opening ceremony of the 74th Session of the UNGA on Tuesday and another opening ceremony on the achievement of the Sustainable Development Goals where he is again expected to speak for three minutes on behalf of the Least Developed Countries," he said.

Further, the Malawi leader will also be expected to attend private roundtable discussion on HIV and Aids progress in Africa hosted by Former President of the United States of America, George W. Bush.

Mutharika has several other engagements including private meetings with Executive Director for Global Fund, Peter Sands among others.

Malawi is expected to participate in several other high level meetings which include Universal Health Coverage; Commemorative Event of the General Assembly on the Occasion of the 30th Anniversary of the Convention on the Rights of the Child (CRC); meeting on progress and perspectives on Eliminating Violence Against Women and Girls and a meeting with Pan African Medical Talents Initiative aimed at finding solutions to the shortage of medical doctors crisis that has plagued most countries in Sub Sahara Africa.

Ministers may be delegated to attend some of the meetings.

Commenting on the high level meeting on the 30th Anniversary of the Adoption of the Convention on the Rights of the Child, Minister of Gender, Children, Disability and Social Welfare, Mary Thom Navicha said the meeting would give Malawi an opportunity to showcase some of the developments made within 30 years of CRC adoption.

"As a country, we have promoted child participation initiatives through children's parliament, children's corners and child led clubs in schools," said Navicha.

She said government has also established key institutions and departments that focus on children rights such as Human Rights Commission of Malawi, Department of Child Affairs and Office of the Ombudsman among others.

"We have also promoted Child Protection and Early Childhood Development programmes which has increased access to 40 percent," she added.

Minister of Health and Population, Jappie Mhango said Malawi was ready to share its experiences on Universal Health Coverage and learn from other countries too.

The theme was decided by the UNGA 74 president, Tijjani Muhammad Bande, Nigerian diplomat and academician who has taken over from Ecuadorian Maria Fernanda Espinosa. 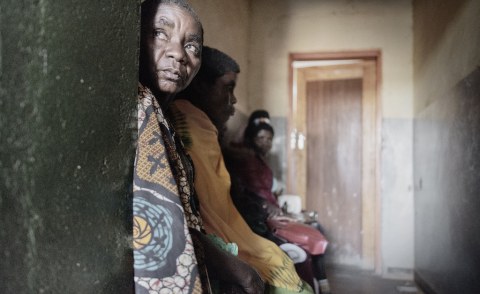 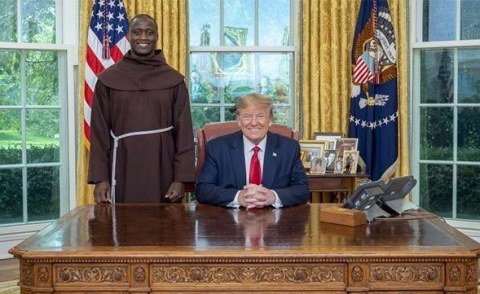 World's Best Teacher From Kenya Meets Trump Before UN Address
Tagged:
Copyright © 2019 Malawi News Agency. All rights reserved. Distributed by AllAfrica Global Media (allAfrica.com). To contact the copyright holder directly for corrections — or for permission to republish or make other authorized use of this material, click here.