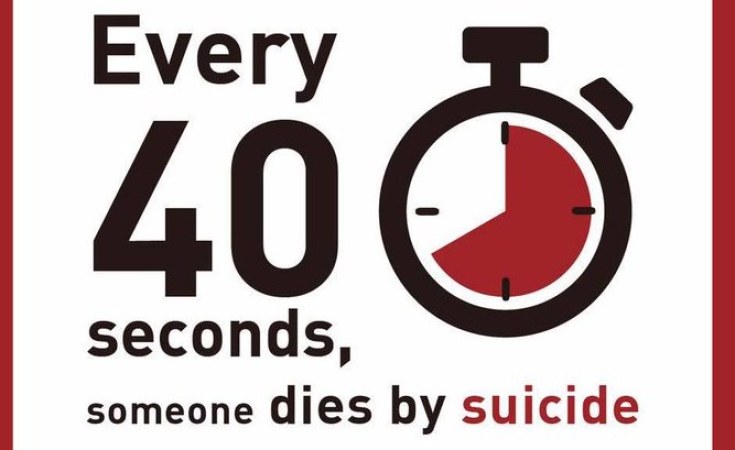 United Nations/Twitter
Every 40 seconds, someone, somewhere in the world, dies by suicide. On World #MentalHealth Day, @WHO is calling for 40 seconds of action to prevent suicide.
Nyasa Times (Leeds)
By Owen Khamula

People with disability state body, Macoha says it is establishing mental health forums in some parts of the country to curb the rising cases of suicide as there are about one death every two days.

Psychologist Chioza Bandawe: People should be open and talk more on the issues that are troubling and killing them inside

Macoha rehabilitation manager Lemison Njala says the forums would help people discuss openly and seek assistance on problems they are facing which force them to take their lives.

"Many people are losing their lives due to suicide. This is a mental health problem. They need to talk openly about their problems so that they receive assistance on time," said Njala.

Police have released shocking statistics which show that suicide cases are on the rise in Malawi with 125 cases between September 2018 to June 2019.

Police spokesperson James Kadadzera said out of the 125 people who hanged themselves within the period, 121 were men.

"Most of the suicide cases have occurred in central region and the south," said Kadadzera.

He said the statistics indicate that most causes of the suicide cases included chronic illness as some people were tired of living because of prolonged painful diseases.

Another reason include infidelity.

"Another reason is that men are usually providers in their homes so when they fail to do so due to economic problems, they feel hopeless and they should just die," said Kadadzera.

He said eight people attempted suicide in the same period.

Dr. Chiwoza Bandawe, a psychologist with the College of Medicine, said men were more likely to commit suicide because of a culture of silence compared to women who are more expressive when they have issues.

"If you look at emotional management and expression you find that men struggle more than women. Culturally, women are allowed to cry, to express themselves but the 'mwamuna salira' (a man ought to be courageous) mentality is what contributes to more men than women committing suicide," explained Chiwoza, who added that this was a global phenomenon.

The World Health Organisation (WHO) estimates that every year, about 800 000 people commit suicide and 79 percent of global suicide occurs in low and middle income countries.

WHO describes suicide as a serious problem which needed to be addressed through a comprehensive multi-sectoral suicide prevention strategy.

The UN body has identified depression as a major driver of suicide, and it estimates that 300 million people across the world are affected by depression.

Previous Story
Peace May Bring Freedom to Child Soldiers, but Not the Help They Need
Next Story
Protracted Conflict, the Climate Crisis, a Rise in Mental Illness and Online Misinformation Among Biggest Emerging Threats to Children

Peace May Bring Freedom to Child Soldiers, but Not the Help They Need

Protracted Conflict, the Climate Crisis, a Rise in Mental Illness and Online Misinformation Among Biggest Emerging Threats to Children

Mental Illness a Cause for Concern in Malawi
Tagged:
Copyright © 2019 Nyasa Times. All rights reserved. Distributed by AllAfrica Global Media (allAfrica.com). To contact the copyright holder directly for corrections — or for permission to republish or make other authorized use of this material, click here.