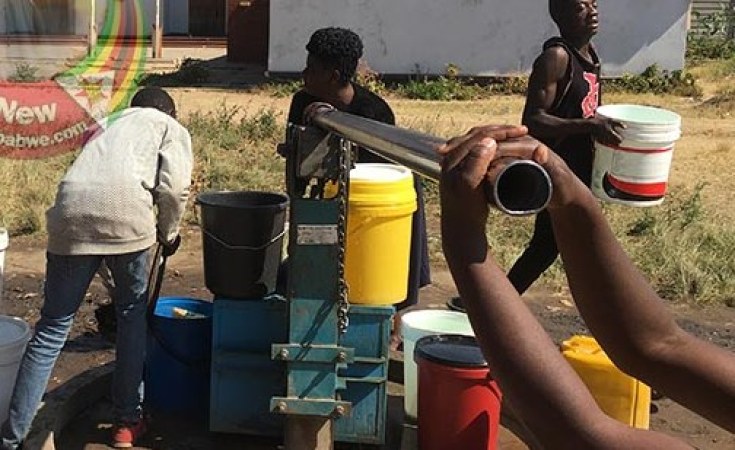 Morton Jaffray Water Treatment Plant will this afternoon resume operations following an untimely shut down that left the entire city without running water since yesterday evening.

The unexpected shutdown was due to the unavailability of Chlorine gas, a key component of purification which was reportedly stuck at the South African border pending custom clearance.

The resumption of treatment is however thanks to a contingent arrangement made by Harare City that will see chemical supplies coming from Bulawayo and expected to treat Harare water for the coming seven days only while the initial order of chemicals is expected in four days' time.

"Harare City Council has found contingent supplies of chemicals to resume water production three hours from now. The suppliers of chemicals have been paid; the other quantities are coming from Bulawayo and are expected to arrive this evening. Pumping to residents will resume progressively form one area to another. Western suburbs will begin to receive water eight hours from production start, while CBD, Mbare, Highfields and Sunningdale will access water after midnight,"

"The secured quantities will only last seven days during which period other quantities will be secured. We are currently engaging all stakeholders, including government to find lasting solution to water crisis," said Mupamaonde.

Harare has endured complete water shutdown in the past 24 hours.

It is alleged that A.I Davies, the firm contracted to supply Harare City with chemicals did not have the stocks at hand and are currently stuck with supplies on the South African side of the border owing to clearance delays.

The city fathers say the water crisis Harare is facing are multi-faceted and not only restricted to chemical supply delays but also include aging water infrastructure, low water levels at dams and high operating costs against depreciating revenues under the current inflationary environment.

The city says its budget awaiting approval from central government has been eroded by inflation.

Harare City is also battling with resuscitating its aging infrastructure that has seen the Prince Edward treatment plant closed while burst pipes continue to leak between 40-45 percent of treated water to waste.

Harare needs 1 200 Mega Liters of water per day and is currently supplying around 500 mega liters.

Thousands at Harare Rally to Celebrate MDC's 20th Anniversary
Tagged:
Copyright © 2019 263Chat. All rights reserved. Distributed by AllAfrica Global Media (allAfrica.com). To contact the copyright holder directly for corrections — or for permission to republish or make other authorized use of this material, click here.