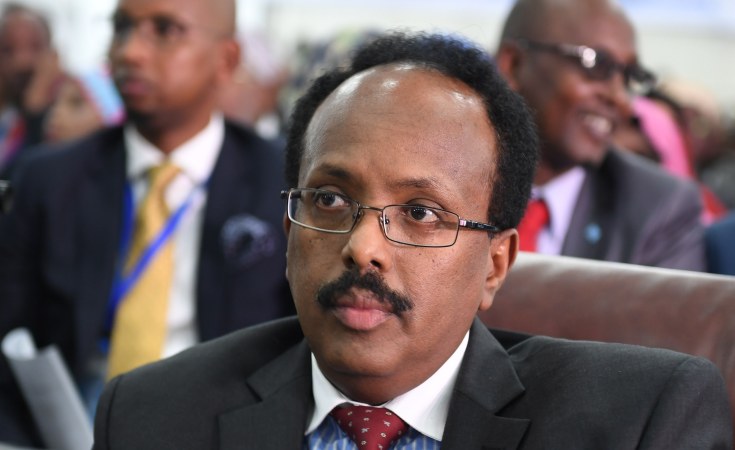 Somalia's President Mohamed Farmajo and his Kenyan counterpart Uhuru Kenyatta met in New York on the sidelines of the ongoing United Nations General Assembly as tension over border demarcations between the two countries continue.

While Kenya has sought to have the case before the International Court of Justice resolved out of court, Somalia has maintained that the case goes to full hearing.

ICJ has already set November 8th for the date of the commencement of the case . At the center of the controversy are oil fields which both countries are laying claim to.

The New York meeting was convened by the Egyptian President Al-Sisi, the current chair of the Africa Union. AU has in the recent past tried to get what it termed as an African Solution to African problem by seeking mediation between the two countries.

Although it is not clear if the two East African leaders reached any compromise on the thorny issues . But it is said the two countries agreed to restore normal diplomatic relations as they seek a long lasting solution.

Kenyatta Fails to Settle Somali Maritime Dispute Out of Court
Tagged:
Copyright © 2019 Dalsan Radio. All rights reserved. Distributed by AllAfrica Global Media (allAfrica.com). To contact the copyright holder directly for corrections — or for permission to republish or make other authorized use of this material, click here.