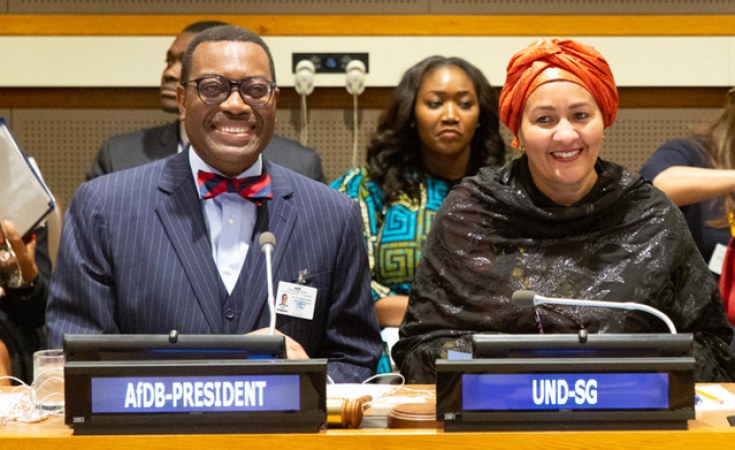 "Energy, passion and a lot of young people who care about nutrition" will underpin the Scaling Up Nutrition (SUN) Movement's newest phase, alongside stronger private sector engagement, members of the Lead Group heard on Tuesday.

The meeting of the group's leaders took place at the UNICEF headquarters in New York on the sidelines of the UN General Assembly. The participants met to decide on the continuation of the SUN Movement into its third phase (2021-2025) and to make commitments to achieve its key objective - to eliminate all forms of malnutrition by 2030.

The SUN Movement was launched in 2010 by the UN Secretary-General and comprises 61 countries and four Indian States. It is supported by over 3,000 civil society organizations, some 500 businesses, five UN agencies and a large group of international donors and foundations.

"You are here because you care," UNICEF executive director Henrietta Fore and SUN Lead Group chairperson said. "We have made progress, not enough, but ... we need to accelerate."

Speaking on behalf of their organizations and governments, members in turn presented practical ideas and commitments for supporting the movement.

Underlining the critical role of sound nutrition, African Development Bank President Akinwumi Adesina, a Lead Group member, said the Bank would urge ministers of finance on the continent to put nutrition high on their national budgets. "We have set up a leadership group that engages the ministers of finance. Setting up nutrition country frameworks can't be done without a minister of finance".

Adesina said the launch of the continental nutrition accountability scorecard at the African Union Summit in February 2019 provided heads of state with a regular snapshot of progress and areas where action is needed to meet the agreed nutrition goals.

He also announced that he would be unveiling his new foundation - the World Hunger Fighters Foundation - later this year, founded with prize money from his global awards including the World Food Prize and the Sunhak Peace Prize. "The first set of Fellows, called 'Borlaug-Adesina Fellows', named after the late Nobel Prize winner Dr. Norman Borlaug, who was my mentor, will be announced at the World Food Prize in Iowa next month," he said. 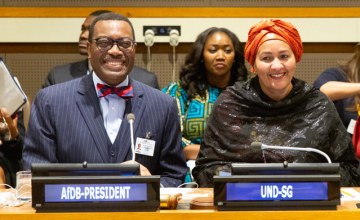 African Development Bank President Akinwumi Adesina on Tuesday pledged to boost funding commitments by $12.5bn to help countries adapt to the effects of climate change between 2020 and 2025. Addressing UN talks on climate change adaptation, Adesina said the Bank was doubling commitments to climate finance to $25bn for the five-year period, half of which would fund climate adaptation.

"Ultimately ministers of finance need to take it up... we need to link it to human capital," Verburg said.

The group heard several innovative and wide-ranging initiatives. These included a handbook on nutrition for parliamentarians in Cameroon, workforce nutrition programs in Zambia and farm schools and training on garden classrooms that have enabled the Philippine government to feed 40,000 children.

Through its 'Technologies for African Agricultural Transformation' (TAAT) initiative, the African Development Bank and its partners have helped to scale up bio-fortification, with high-iron beans in the Democratic Republic of Congo and the Central Africa Republic, and the wider use of orange flesh sweet potato in Ghana and Uganda.

"The nexus of water, energy, and food is very important...where we source food, how we grow it," underlined United Arab Emirates minister of state for international cooperation Reem Ebrahim Al-Hashimy in her intervention, which emphasized partnership backed by providing context and home-grown solutions.

In her summary of the contributions, Fiore said members had shown that the SUN Movement wished to continue into a third phase of dedication to its goals, marked by "energy, passion and a lot of young people who care about nutrition."

Their words resonated deeply with Sophie Healy-Thow, a youth leader from Ireland. "In the past, I have been upset by promises, promises, and promises. On behalf of young people, I would like to say thank you for focusing on commitments," she said.

The SUN movement will convene a flagship Tokyo Nutrition for Growth Summit in 2020 at which it will celebrate its tenth anniversary.

For more on the African Development Bank at UNGA2019, click here