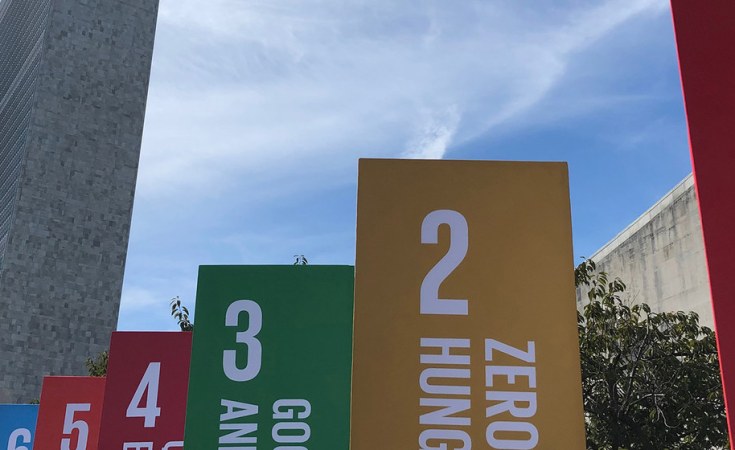 United Nations — Sweeping goals to end poverty, inequality and other global ills are being derailed by climate change, conflicts and violence, the head of the United Nations told world leaders in New York on Tuesday, calling for a "decade of action".

Sustainable development needs more financing, investment in health and education, and broader access to technology to succeed, U.N. Secretary-General Antonio Guterres said at the first high-level review of the global goals adopted in 2015.

But assessments of their progress have been bleak.

"Let us be clear: we are far from where we need to be. We are off track," Guterres said. "Deadly conflicts, the climate crisis, gender-based violence and persistent inequalities are undermining efforts to achieve the goals.

Another assessment came on Tuesday from global business leaders who complained of being hampered by political uncertainty and market constraints in their efforts to contribute to the goals' progress.

Four in 10 chief executives said political uncertainty was slowing or stalling their efforts, and a third said closing global markets and limits on free trade were hindrances, according to a study by the U.N. Global Compact, a network of businesses, and consulting company Accenture Strategy.

"The way in which markets are working at the moment, political uncertainty is a real concern," said Peter Lacy, an Accenture senior managing director. "Global trade looks ever more threatened. Populism is rearing its head again.

"Unequivocally we know that the global goals are not on course to deliver the ambitious targets set."

Some progress is being made in areas such as access to energy, to decent work, and in fighting extreme poverty and child mortality, Guterres said in his remarks.

But he said youth unemployment has not improved and global hunger and gender inequality are on the rise.

"Indeed, half the wealth around the world is held by people who could fit around a conference table," he said.

With just 10 years to go until the goals' deadline, he made a call for a "decade of action", with an annual meeting beginning on the goals beginning next September.

"We need to focus on solutions that will make greatest impact," he said.

The cost of implementing the global goals has been estimated at $3 trillion a year.