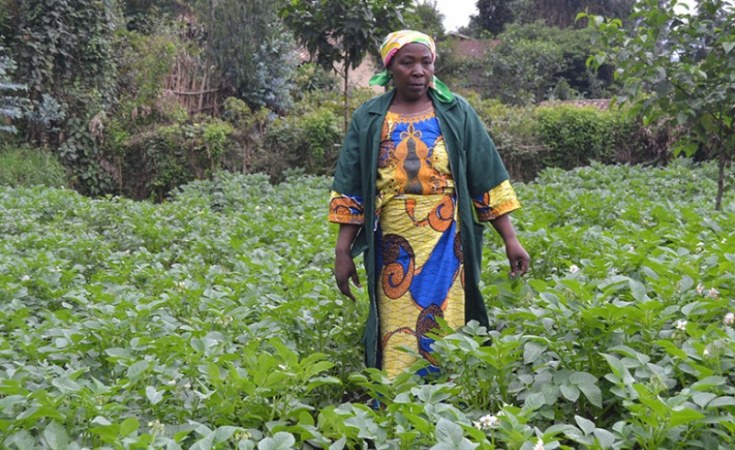 Political leaders in New York this week for a climate summit convened by United Nations Secretary-General António Guterres came armed with announcements on how they intend to boost their efforts to tackle climate change.

At the last UN climate summit, in 2014, a group of governments, companies, and civil society groups  pledged to  cut deforestation in half by 2020 and to end it altogether by 2030. Five years later, despite some notable bright spots, global deforestation rates are on the rise. This is just one example of a high-level commitment that has failed to deliver real results.

We can expect to hear a number of similarly ambitious announcements this time around. While these are sure to hit the right notes, we find ourselves asking a simple question: "Will any of them actually help us change behavior and realize impact in communities?"

More global leaders are beginning to understand the scale of the planetary emergency facing us. But if plans and actions don't follow, the ability of our existing food and land -  use systems to feed a population of more than  nine billion people will be stretched to the breaking point.

Nowhere is this threat more acute than in sub-Saharan Africa. Our region is particularly vulnerable to the impacts of climate change, which  is decreasing farming  yields, threatening access to water, lowering the nutritional value of food crops and turning more and more fertile land to desert.

Africa's people can benefit, rather than suffer

Sub-Saharan Africa also offers some of the greatest opportunities to benefit from  smart response s to this emergency. Technological innovation is taking off, amid the rapidly rising connectedness of the region.

Promising new partnerships are being forged between sub-Saharan African countries and the rest of the world. The African continent is young - and ripe with innovation.

The  need to address the climate crisis is  compelling. A new report by the Food and Land Use Coalition has identified ways to trans form  existing systems to create 40 million new jobs, develop new markets worth over $300 billion per year, expand intra-regional trade, encourage healthy diets, and tackle the major drivers of environmental degradation - all at the same time.

Breaking down the barriers

But the barriers to achieving this vision are significant. A t the national and international levels, there is a lack of global finance for climate-smart agriculture, a lack of political will and a lack of cooperation.

However, many  obstacles to change are more local. Access to finance remains a significant challenge. Young farmers and rural entrepreneurs, who want to experiment with new ways of doing things, struggle to access affordable finance , sometimes  because they lack secure land tenure to use as collateral. Resources pledged at international or national levels often  don't reach local projects, because the gap is too wide between the government ministries and international NGOs who have the resources and the local farmers and entrepreneurs who could use them productively.

For example, a youth-led project in South-West Nigeria, called Youth for the Environment, is working to educate and motivate rural farmers to preserve tree cover on their farms, or in other instances, to replant trees on degraded land.

The initiative is well-organized, supported by a passionate group of young people, and has buy-in from local communities. However, one of the biggest issues it faces is something as basic as the availability of improved seeds.

Despite these challenges, progress is under way. Actors from government, business, development and private finance, civil society and farmers themselves are already showing the world what success looks like. A growing group of young, passionate and tech-savvy Africans are committed to building new food and land -  use systems that meet the mounting demand for nutritious food and better jobs, while driving economic growth and addressing climate change.

Another  example: there is a young Kenyan telecommunications solutions company called Amfratech that has developed an easy-to-use mobile application that provides real-time weather forecasts and actionable advice to farmers in rural communities in Kenya – a service that will become increasingly important as climate change continues to disrupt traditional patterns.

But these efforts will be constrained without fundamental shifts in policy, levels of investment, access to finance and implementation capacity in order to broaden the space for more people and projects to thrive, especially those led by young people.

It's too soon to say whether we'll manage to achieve the full potential of such efforts . But remember that the announcements made by governments and companies at this week's climate summit are merely a starting point. The true measure of success will be whether or not they provide those of us working on the ground with the resources – the "seeds" – we need to grow a better future.

Ndidi Nwuneli is managing partner of Nigeria-based Sahel Consulting, which is committed to scaling social innovation on the African Continent. Elujulo Opeyemi is Founder of Youth for the Environment Nigeria, a youth-led initiative that connects young people with nature.